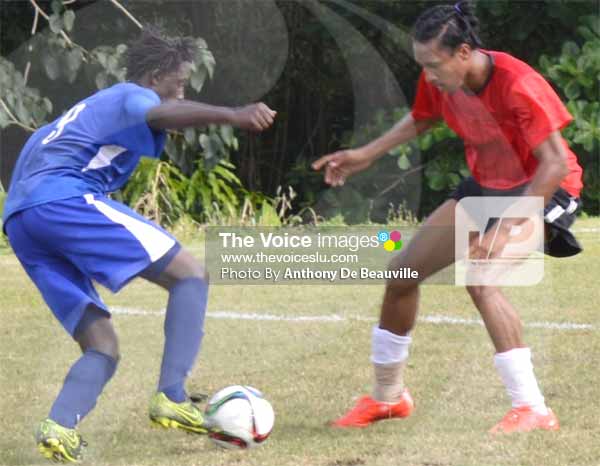 With an appreciative crowd on hand the scores remained nil all at the halftime whistle of Referee Vivian Robinson despite several scoring opportunities from both teams. On the resumption there was all to play for going , but it was be La Clery that nosed ahead through Morgan Reynold in the 51st minute to give his team all three points.

It was the defending champion’s second consecutive defeat at the hands of La Clery for 2016. The last time the two teams met was in the St. Lucia Football Association Fantasy Cup where La Clery won in a penalty shootout at the Fond Assau Playing Field.

In the first encounter of the evening played between Central Castries and South Castries, the City boys winning 2 – 0 with goals from Brynn Walker in the 20th minute and Shaquille Joseph in the 69th minute.

Also on Tuesday evening in matches played at the Phillip Marcellin Grounds,- Micoud breezed past Roseau Valley 4 – 0, while home team Vieux Fort South won over Desruisseaux 3 – 1 with National Under – 17 player Nyrone Winter scoring the first hat trick of the tournament.

Only last week that Winter was one of three youth footballers from Saint Lucia who was selected by Manchester City FC Project Manager Alan Dixon to undergo training in Jamaica with players from 14 other countries from the Caribbean and Central America for the DigicelKickstart Academy.

While in Jamaica, Winter will be put through the paces by the Manchester City’s coaches for a week with the hope of making the final eight who will then travel to the UK to train at the club’s Football Academy.