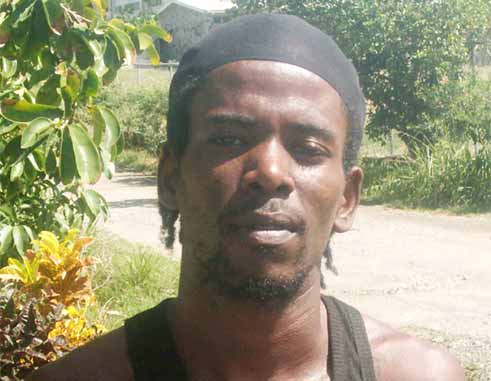 RESIDENTS in an area in Augier, Vieux Fort which is surrounded by four chicken farms and one pig farm have for years complained that the flies and stench from the farms cause them much discomfort.

But their complaints to the health authorities have only fallen on deaf ears.

The problem is also seriously affecting the Augier Combined School which is located less than 50 metres from one of the chicken farms.

Just last week flies from the farms swarmed the school’s compound, and this coupled with a stench, forced the school to close for a few days.

A meeting between officials of the Ministry of Education and teachers of the school which was slated for last Friday did not take place.

Over the years, the two parties have held a number of meetings on the issue in a bid to resolve the matter but to no avail.

The problem is so annoying to some parents of students of the school that they are now contemplating of removing their children from the school and placing them in other schools in the district.

Tinsely Eugene, who lives less than 25 metres from one of the chicken farms described the problem as “unbearable.”

He said the only solution to the problem is to relocate the farms.

“Sometimes dead chickens and rotten eggs are found in everybody’s yard. The dogs take the dead chickens from the chicken farms and spread them all over the place. It stinks the place…,” Eugene said.

He said the problem gets worse depending on the time of the day and the direction the wind blows.

When this reporter visited the affected residents, chicken feathers were seen on their premises.

Jane Charles, another resident by who lives near one of the chicken farms said: “ I have been living here for over 50 years. I was here before all these chicken farms were constructed. From the time the farms began operating here my life has been miserable.”

She lamented that she has a house renting in the area and because of the unpleasant situation her tenant left.

“Once I was sick and had to spend a few days at a relative who lives in another area because the smell and flies coming from the farms were unbearable.” Charles grieved.

She said on several occasions she has reported the matter to the health authorities in Vieux Fort, adding that they (health authorities) would speak to the owners of the farms. But at the end of the day, the problem continues.

According to her, one of the owners of the farm is so “uncaring” that he recently extended his farm.

Kimbert James, who has a number of relatives attending the Augier Combined School described the problem as frustrating and annoying.

He said when students of the school are dismissed prematurely, it creates a problem for working parents who have to find someone to take care of their children until they get home.

James is now calling on the Ministry of Health to deal with the problem immediately because it has health issues.