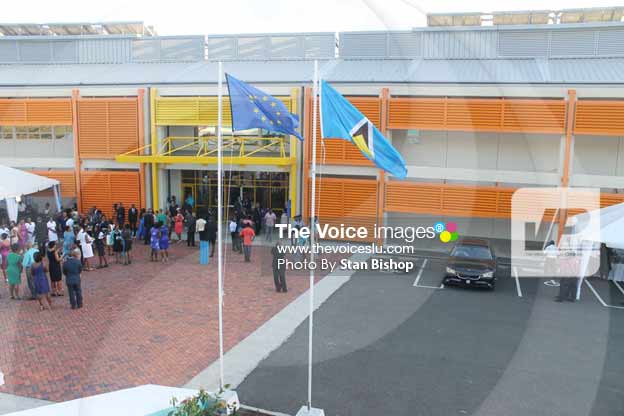 THE expectations of the people of St Lucia on improved health care hinge very much on the new Owen King-EU hospital formally named during the independence anniversary celebrations.

St Lucia and St Lucians owe much thanks and gratitude to the nations of Europe which have financed this vital project. The fact that this new facility replaces one that was used for well over a century testifies to the value that it is expected to add to our country.

But let’s spare a thought as well for Victoria Hospital for the invaluable service it has rendered to this country since 1887. Often maligned and seldom praised Victoria Hospital’s place in the overall history of St Lucia is undeniable. Indeed, our new facility has some pretty big shoes to fill. Over the years, some virtual miracles in the delivery of health care have been performed at V.H., with very little fanfare. There, doctors and nurses have laboured for decades sometimes under trying circumstances with inadequate manpower, equipment and supplies. Once the Owen King EU Hospital goes into full service, Victoria will continue to play a role, even though it is a smaller one, in the nation’s health services.

On this occasion too, we are forced to mention the situation facing St Jude Hospital in Vieux Fort which is being rebuilt. There too, the impatience of St Lucians with its progress is well known. But we know full well that it is only a matter of time before this project too is completed. When it does, St Lucia will boast two spanking new hospitals, one in the north and the other in the south.

But everyone knows that merely building hospitals—the Minister of Health has aptly referred to them as “treasured assets”– is nothing to brag about if they do not live up to the people’s expectations. St Lucians have bemoaned with good reason the long delay in commissioning the Owen King EU facility. One hopes that this delay was indicative of the extreme caution being taken by the authorities in ensuring that it lives up to these expectations and fulfils its mandate.

We note that even before it opens for service, there is talk about it being a flagship health facility in the OECS. We suggest, however, that we proceed with caution in spreading any kind of influence in this field at a time when are yet to even get off the ground. Let us crawl before we begin to walk or run, shall we?

We mentioned earlier that this new hospital has been given to St Lucia by the European Union. In fact, at a price tag of EC$167 million it has the distinction of being the biggest EU-funded project in the OECS. The EU has been a major partner in St Lucia’s development for as long as we have been independent. Most of us are aware of EU assistance to the once vibrant banana industry, especially through the Lome agreements. But EU has assisted in other areas as well, at the bilateral level as well as through regional organizations. One understands therefore that there would be concerns emanating from that bloc if there was evidence that things were not going right in St Lucia.

It is therefore incumbent upon us as a country to put our house in order and redress whatever areas of concern there may be, in a spirit of mutual respect and understanding that should always underpin relationships of this nature. At a time when development aid, especially from other traditional friends, has been so difficult to come by, St Lucia can hardly afford to burn any of its bridges.