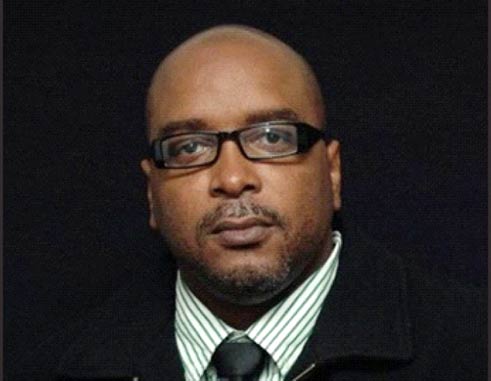 “INDEPENDENCE means freedom, growth and development and standing strong on your own and feeling proud.”

Those are the words of a Saint Lucian hoping to make a global fashion statement by branding his island in a positive, meaningful way. He believes that tapping into the creative can bring about change in many spheres of Saint Lucian-ness.

Like Saint Lucia itself, Tyrone Henry’s journey continues to transform the very lives he impacts through his entrepreneurial endeavours. Since shedding his negative past for a positive future some years ago, he believes there is no time better than the present to rise up and take his country along with him.

This 45-year-old Saint Lucian is a trendsetter both near and far, including in Ontario, Canada, where he is now based. But wheresoever this son of the soil roams, his native home is always on his mind.

Henry, popularly known as Jiggy, said he found his creative passion early, staring out in graphic designing at White Rock, Grande Riviere. Today, he is fluent in Adobe Photoshop, Illustrator and InDesign. Above all else, though, it’s his unwavering persistence to highlight Saint Lucia’s redeeming qualities — especially its people — that has caught many people’s eyes.

“I had this vibe about creating brands that would showcase Saint Lucia,” Henry tells me during a recent interview. “I wanted to create a positive impact on young people and generally people with a passion. But I was not sure about how to move forward.”

Like many youngsters, Henry said he got caught up in the street life. However, he soon realized that he could channel all that negative energy into something positive. But wanting to do something big can often prove challenging, especially in a small environment.

His big break came in 2004 when he relocated to Canada and started his company, Jiggy Maxx Capacity, two years later. Since then, Vestige 758 tee shirts have been making a proud statement through the thousands of people who wear them. Today, there seems to be a Vestige 758 collection for just about any Saint Lucian occasion.

Recently, Henry’s Independence-themed leather bags have been making an even stronger fashion statement for classy and patriotic women. The bags come in various sizes and are fashioned using the colours of Saint Lucia’s national flag. The bag line, Jiggy Bags, was officially launched last Monday, Independence Day, and the first batch of bags is themed in the colours of the national flag.

Henry said both brands have been earning respect and love from customers, especially aint Lucians, and he feels proud to have capitalized on the idea of raising awareness and national pride. He wants to see his brands go international, though.

“I have seen support from Saint Lucians all the way in Asia, Europe and North America wearing my brand and it makes me feel proud,” Henry said.

As an entrepreneur, Henry faces many economic and global challenges. Competition in the market is also a major factor. However, he says, those are the things that make him stronger because he learns from them. He also offered some business advice for other entrepreneurs still second-guessing taking risks::

“If you have skills and passion, don’t hide them. Use social media to showcase them. You can never tell who might come across your work and give you a break. But just stay focused and think positive,” Henry explained.

To order merchandise, visit Henry’s website at www.vestige758.com. Purchases can also be made via ShopBox.