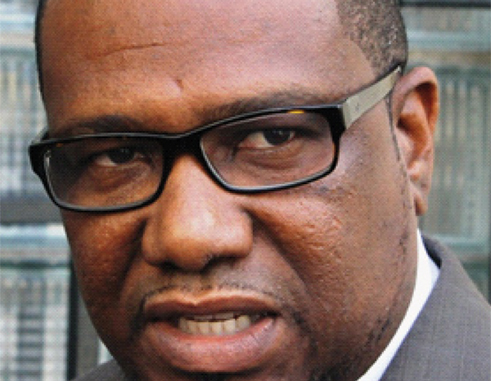 IT is high time that the people of Saint Lucia send a bold and unambiguous message to the administration to convey that Saint Lucia cannot afford to be involved in any prolonged extant international disputes. The relationship of the administration with Saint Lucia’s traditional diplomatic allies appears to be floundering dangerously. Relations with Britain, France, America and Canada appear to be less strong than was handed to them by the former United Workers Party administration.

At present Saint Lucia’s relationship with world superpower the United States of America is in serious peril. From recent accounts and going back to 2014 when the Saint Lucian public first heard that sanctions had been slapped on the Royal Saint Lucia Police Force as a result of the IMPACS probe and namely alleged gross human rights violations, it can be surmised that the political directorate‘s foreign relations profile has deteriorated rapidly and is seriously submerged in boiling hot water.

Further, we now are hearing of swirling speculation (pending official confirmation by the Office of the Prime Minister) that the European Union through France is now tightening the screws by withdrawing its own assistance to Saint Lucia because of dissatisfaction over the handling of the “IMPACS matter” exacerbated the abysmal breakdown of the judicial system. Clearly this action will hold crippling and long term consequences for the economic sustainability of the island.

Already, Saint Lucia can ill afford the atrophied assistance from the United States since the imposition of the Leahy Law on this country about two years ago. In the absence of this assistance, the aid provided by the government of France has been a much needed buffer against the true impact that the U.S. sanctions.

It is a dire situation that the country is in now; in terms of key areas of its international relations, present and future. This cannot be understated or denied. The economy has been less than buoyant under this SLP administration and will not be able to absorb or make up for the loss of foreign aid.

The meaning of the Prime Minister’s nicely worded economic and fiscal growth assessment in his New Year’s address in January is a very distant reality from the fact that Saint Lucia has always relied on foreign assistance, mainly because the country simply does not possess the resources to provide for all of its developmental needs. Time and again, the current SLP administration has come forward lamenting that much of the domestic belt –tightening policies that are being implemented are influenced by the constricting flow of foreign assistance coupled with unfavourable global economic circumstances.

Invariably, Saint Lucia has been left with a much smaller slice of the pie, thus there is just cause for foreign assistance directed to the island to be all the more valued and appreciated. Not only is the country losing out by way of monetary aid, human resource and other tangible gains, but there is also a loss of image, respect and status in Saint Lucia’s standing internationally. If the United States of America sidelines one’s country, then other governments may judge Saint Lucia solely on this basis.

Losing France’s assistance is saying to the nation that Saint Lucia’s inability to achieve its many developmental and national security goals will be outrightly crippled in certain areas.

Despite the seriousness of the issue, the silence of the jet–setting, smooth talking Minister for External Affairs Alva Baptiste has been deafening. Why has he remained hushed?

Clearly the United States, the European Union which is inclusive of the United Kingdom and France, have now combined to do all necessary to cause the government of Saint Lucia to correct what it deems to be the undesirable state of the justice system. These countries are particularly sensitive to the breakdown and inefficiencies of the justice system where their own citizens have become casualties of unsolved crimes and prolonged periods of waiting before matters are being heard and finalized before the courts.

What is the Kenny Anthony administration going to do in order to address the systemic breakdown of the justice system in Saint Lucia? What will the administration do to protect the sovereignty of the country which is experiencing some interference by richer and more powerful nations? Can Saint Lucia regain the confidence and friendship of the United States and its allies anytime soon? We await the answers with bated breath.