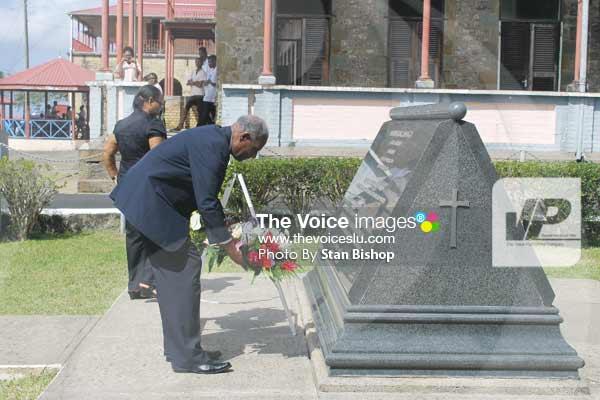 Held in the Lecture Hall and attended by scores of SALCC students, the aim of the exercise was to expose the students to different types of art forms and artists in Saint Lucian society. The session was both interactive and dynamic, with students joining in to create a few musical beats with the seasoned cultural performers. On Thursday evening, a conference and debate on the topic, “AiméCesaire: The Man and his Works”, was organized and held at the Alliance Francaise at Pointe Seraphine. The guest of honour was Nancy Morejón, one of Cuba’s foremost poets and intellectuals.

Yesterday, the traditional wreath-laying ceremony was held at the late Sir Arthur Lewis’ tomb on the SALCC campus. Prayers, songs, readings of both Walcott and Sir Arthur’s works by students and teachers punctuated the solemn ceremony.

This year’s Nobel Laureate Week runs from January 17 to 30.