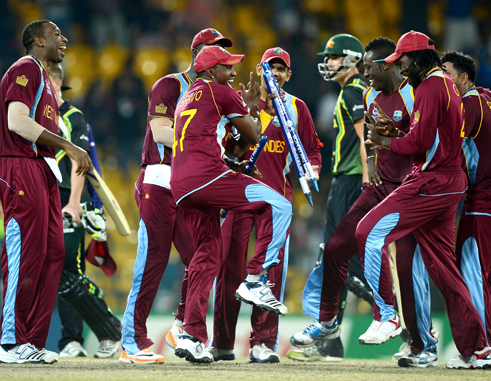 LIKE most West Indians, I am a great fan of cricket, and the sad state of the game is also of concern. In 1971, I was introduced to Test Cricket by my father, when he took me to see a Test match at the Queen’s Park Oval. India was touring the Caribbean, and a young Sunil Gavaskar was making his debut. The West Indies team was in a stage of rebuilding after the departure of Worrell, Weekes and Walcott and a young Clive Lloyd was now emerging in a team led by Garfield Sobers.

Lord Relator’s famous calypso – ‘A lovely day for Cricket’, was penned to comment that Test series. For close to fifteen years the decline has been sharp, with the West Indies now failing to make an ICC tournament for the first time.

We have changed Boards, changed CEOs, changed captains, changed coaches, responded with knee jerk reactions to crisis after crisis. All efforts have failed. Recently, the Final Report of the CARICOM Cricket Review Panel was presented. This Report is the outcome of three months of consultation, interviews, deliberations, and meetings by a five member panel of CARICOM citizens appointed by the Prime Ministerial Committee on the Governance of West Indies Cricket.

The recommendations were stunning. They have recommended that the WICB be immediately dissolved. I have attached below the Conclusion of the Report as it contains some very important points on the connectivity of cricket to economic development. Indeed, some of the debt issues we are facing in the OECS stemmed from our significant investments in cricket facilities that have not generated good returns. Cricket must now be considered an economic sub-sector, with huge potential within our small island states.

It is time that the people raise their voices and take control. Every citizen has a right to comment and demand change to the way cricket is governed. I would want cricket governance to be corrected to allow our own young Kimani Melius to develop into a world class cricketer. Kimani is a cricketer with great potential, and I certainly do not want him to fall away like Adrian Bharath, Xavier Marshall or Kieran Powell.

Now is the time to act!!

This is an extract from the Final Report:

SUMMARY STATEMENT:
We have reviewed the state of West Indies Cricket, particularly its governance arrangements and conclude that the challenges lie not specifically with the leadership per se, but with a governance structure that is antiquated and incapable of addressing the social, economic and cultural realities of cricket in the twenty first century Caribbean. Cricket is now an economic subsector and a multi-billion dollar international sporting and business industry. The Caribbean is part of the global political economy of cricket, and to continue with anachronistic, unproductive governance arrangements will force a further marginalization of our relevance and involvement. We firmly believe that this archaic structure continues to support particular types of governance practices that do not recognize that in the production of cricket, the interests of the stakeholders – not only those of the shareholders – are equally valid and cannot be ignored. The extant governance arrangements are oblivious to, and/or out of touch with the changes in the Caribbean and the international game and Caribbean societies. The WICB and Territorial Boards have been able to ignore the extent to which their operations lack transparency and accountability because the current structures do not respect these basic tenets of good governance within their operations. The WICB and its attendant executive, managerial and administrative frameworks are incapable of turning around West Indies Cricket. The evidence of this is the state and status of West Indies Cricket which we have documented. Our main recommendation is that the Board should be immediately dissolved and all current members resign while an Interim Board is selected to work with a change management expert to install a new governance framework.

The members of the Cricket Review Panel expresses its gratitude to the Cricket Governance Committee, its Chairman, Dr. the Hon. Keith Mitchell, Prime Minister of Grenada, and the management of the WICB for the confidence reposed in us to constitute this Panel. We recognize that, over the last few months, we have covered a lot of ground and we believe that we have returned with a menu of recommendations to introduce long-term and meaningful transformational change for the good of West Indies cricket, its shareholders and stakeholders, and Caribbean societies.

Effecting this process of transformation requires considerable work, including at the level of the Territorial Boards. The Panel is committed to the change process outlined and to see the Great Game flourish in the West Indies in the future. Cricket is a unifying force in the Caribbean, a game we all love and cherish, and a growing economic subsector in our societies.