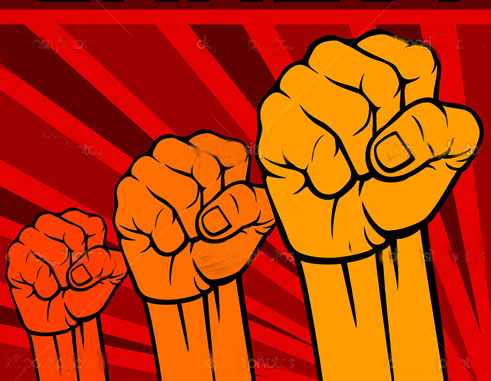 SIX years after a fire that gutted its interior and forced its relocation to the George Odlum Sports stadium St. Jude Hospital in Vieux Fort is facing a new challenge.

The staff has given management an ultimatum to either remove MinelvaOculien-Moses from the position of Human Resource Manager or face their wrath..

Ninety of the workers have signed a petition expressing their dissatisfaction with the treatment meted out by Oculien-Moses saying that they have been patient and tolerant, in light of the number of industrial atrocities they have been experiencing.

“At this stage we can no longer accept such harassment and inhumane treatment. We cannot continue to work with the said Manager and we will not take any instructions from her. Should management fail to act, we shall register our disgust in another form,” the petition addressed to the Chief Executive Officer, ChierryPoyotte stated in part.

But neither Poyotte nor Oculien-Moses was prepared to speak on the petition when contacted by The VOICE yesterday.

The National Workers Union (NWU), the employees bargaining agent, has joined the fray on behalf of employees and just last week wrote to Poyotte pointing out to him the need to have the Human Resource Manager replaced.

The NWU President General Tyrone Maynard told Poyotte: “During the last six years we saw St. Jude Hospital move in the opposite direction. Sir, when you have to perform your responsibilities in an environment that has no respect for occupational safety and health measures, that is extremely serious. The leadership of the NWU strongly feels that since the Human Resource manager continues to make decisions that are very costly and result in irreparable damages to the hospitals’ operations. We have a serious confidence situation which could only be dealt with by having someone else in that position.”

“We hope you see the wisdom in the workers and the NWU’s judgment and will let the chips fall where they should,” Maynard’s letter added.

Maynard also wrote to Oculien-Moses, bringing to her attention the employees displeasure about the way they say they are being treated by her.

The letter said: “The NWU and St Jude Hospital’s last encounter was presided over by Hon. Dr. Robert K. Lewis, Minister for Labour and Labour Commissioner (Ag) Mr. Ray Narcisse. It gave me a feeling that your management and the NWU were about to carve a new path in our industrial relations that would maintain operational stability of your plant and give workers the opportunity to build back confidence in your managerial pursuits. To date we have played our part and the eagerness among workers to push production is quite evident.

“We have, however, been monitoring plant operations and management’s contribution to the above and have discovered that management seems set in its traditional ways of not appreciating the input of its human resource. Shop stewards and other workers are being harassed. Unnecessary warning letters are issued to staff, without copies being sent to the NWU in keeping with our industrial relations protocol. Favouritism, a very destructive element in a plant’s operation, is quietly being used to frustrate workers. We have worked with many St. Jude officials in the past and have never experienced such torrid HR behaviour.” .

Repeated attempts to contact either Poyotte or Oculien-Moses yesterday were at first unsuccessful. However just before press time Oculien-Moses was reached, but declined comment on the petition.

“I’m not authorized to talk to you,” she told this reporter, adding that she could not transfer the call to Poyotte when asked by the reporter to do so.

“I cannot transfer you to the CEO,” Oculien-Moses said.

Another effort to contact Poyotte directly was futile. However someone in administration took down the reporter’s contact numbers with the promise to pass them on to Poyotte.