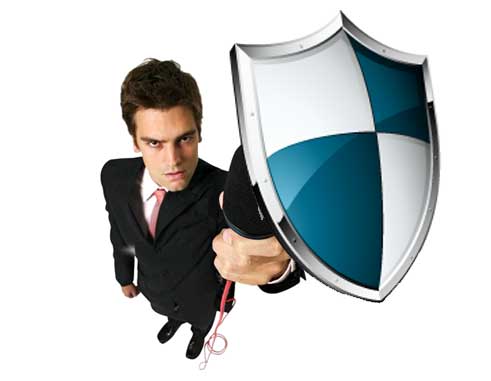 DOES anybody ever wonder or even worry about the safety of the people who present the nation’s news to the public when you switch on your television sets and radios or when you open up your newspapers?

Think about it for a second: what do you think goes into that final product that you see and hear every day without fail? Do you think that it’s easy going around getting information and presenting it to the public the way we do? Do you think that any and everybody can do it and do it well?

Do you know the dangers that come along with this job when we are exposed to dangerous and unstable individuals with nothing to lose, pretty much on a daily basis?

I’m currently writing this piece and I apologize in advance for any ranting and babbling but I am concerned, upset and absolutely fed up with the fact that we journalists and media people remain so vulnerable with no one to protect us.

What am I going on about today, you may ask. Well once again, I am left feeling extremely worried about my safety after a clearly disturbed man just waltzed into The VOICE Publishing with a story to tell yesterday.

After hearing him out, it was quite obvious that the man was delusional and had no backing at all for anything he had to say but still, I continued recording what he had to say to prevent further aggravation at his end.

My Editor, who heard what the man had to say, and joined in on the interview eventually to question him, asked some straightforward questions and this is where things got from uncomfortable to worrisome.

Clearly irate by the Editor’s questions after the interview, the man began spewing hatred for the country saying that he hated St. Lucia and that he really wished that ISIS could come here as they are really needed here to get rid of the hypocrites. He even went on to say that he would gladly join them and do their work for them because St. Lucia had too many hypocrites and that at the end of the day, he knew he would get a good pay cheque.

How does one react when cornered by a man uttering those words?

In this day and age, I take nothing for granted…especially threatening words so you can bet your bottom dollar that I’m very worried about this man and what he might do when he sees that we didn’t publish his story. Now tell me, who’s gonna have my back? What’s going to happen to this guy if he does come after me or my colleagues? Are we just going to be the subject on another news broadcast and then that’s the end?

And to those who know, remember, this is not my first brush with crazy…I’ll just leave that sleeping dog to lie.

Look at what happened in the U.S where two media workers were murdered during a live news broadcast…if these people can be so brazen, what’s to stop them from doing it here?

This is seemingly becoming a trend these days as well because adding to my two brushes with these individuals, Laura Jn Pierre was threatened live on the air during News Maker Live just last week. Surely someone is taking note of all of this.

The Media Association’s President was up in arms after the executions in the U.S but funnily enough, it took that incident to incite serious discussion and calls for action. What about us down here? Again I ask: Who’s looking out for us?

I am calling for measures to be put in place to deal with persons who go around threatening and intimidating news people. To many, media workers are just happy campers pulling in pay cheques…On the contrary, if I start, I don’t think I’d be able to stop because once that floodgate is opened about all the cons of working in the media…it’ll get ugly.

I can’t speak for others but for me, this job is my passion. I believe that I have a huge responsibility tasked with helping towards educating and informing the nation and I take it on with pride and extremely seriousness.

I would like to see media workers in St. Lucia stand in solidarity to push for our protection. For now, it is only a threat but who knows how far it will go? Whilst I’m not asking people to walk around with illegal weapons to defend themselves, it seems that this is what we might have to do if no steps are taken to secure our safety. My mum always drilled in my head, precaution is better than cure…remember that and watch this space.