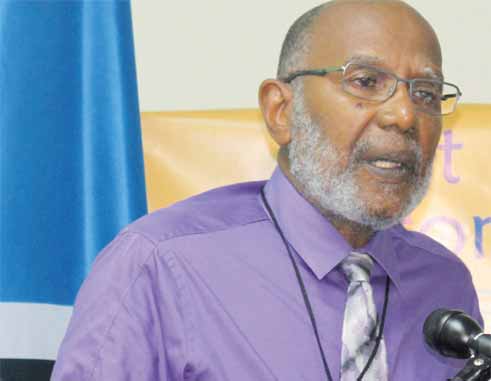 AN industrial row between the management of St Jude Hospital and the National Workers Union (NWU) over the termination of an employee of the hospital has been diffused, at least for now.

The union said it was alarmed at the decision by the Hospital to terminate the services of the employee, after a hearing was held and all the facts were placed on the table.

“What we have done is in keeping with accepted procedures,” Poyotte said.

The union, however is unmoved by the hospital’s comments and has defined the situation with the hospital as “an industrial row brewing between the management of St. Jude and the National Workers Union.”

The union further said that it is also deeply concerned with “threatening” letters from management to staff.

Poyotte has since denied this saying that it is not in keeping with the hospital’s policy to send threatening letters to members of staff.

“There are certain steps we have to take in being compliant with our current statute,” he said.

The union is requesting another meeting with the hospital’s management to further discuss the termination matter. The hospital has agreed, but Poyotte is adamant that the action taken by the hospital was in accordance with the rules and regulations of the hospital and the country regarding institutions like St. Jude’s.

“We believe that the actions we took are in keeping with the labour laws. We believe our actions were justified,” Poyotte added.