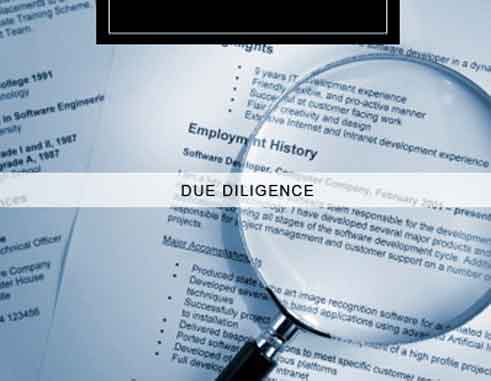 ‘We Have An Institutional Weakness To It’

THE term Due Diligence has become a buzz word over the last few weeks as various government agencies have captured the words within their press releases dealing with the Lambirds Academy matter. However, there is a legal definition which is as follows: “Due diligence is a measure of prudence, activity, or assiduity, as is properly to be expected from, and ordinarily exercised by, a reasonable and prudent person under the particular circumstances; not measured by any absolute standard but depends on the relative facts of the special case.”

The operative words are prudence, a level of activity and assiduity or close attention to details. There is also no absolute standard as the particular circumstances will demand different strategies by the reasonable and prudent individual or entity engaged in the due diligence.

I will invite anyone to go on the Lambirds website and see how easy it is to get a job in Saint Lucia and how easy it is to become a Permanent Resident in two years. I left the website site most flattered, that we are now at zero unemployment and with immigration legislation far superior to any CITIZEN BY INVESTMENT PROGRAMME. However the courts and the Cabinet would look at this matter in further detail and decide whether there was due diligence by all those involved. I am comforted that we have five lawyers in the Cabinet and the above legal definition would guide the final conclusion.

I have concluded that we have a fundamental institutional weakness related to due diligence. About five years ago we were advised by the senior management of SLASPA that they had done the due diligence on a consortium chosen to do the Hewannora International Airport Redevelopment Project. There was a vociferous response from the then Opposition – St Lucia Labour Party, that the process was flawed and there were risks exposing the country to a contingent liability of $ 0.5 Billion. The various Ministers of Government defended the chosen contractor – Delant Construction, professing that they have been very much involved in the Miami International Airport.

Government Officials must always bear in mind the revolution that has taken place in the information technology. We are not in 1815, where it took three days for Castries folk to know what happened in Soufriere. In one hour, I can find the past work done by a company, who are the directors of that company, when last they filed a tax return, the criminal record of their management, and even the names of their wives and children.

So five years ago in one hour I did the research on Delant Construction and realized that their airport related work was as follows:
a. Construction of a section of the Noise Abatement wall around the Miami International airport
b. Drainage works and placement of utilities on the Northside of the same airport
c. A Cargo building within the airport
d. An interim Fuel Farm

I worked as General Manager of C. O. Williams (St Lucia) Ltd for four years, and can say that we back then had done more airport related works than described above.

How can a due diligence in one hour on the internet generate information which says that the proposed contractor that SLASPA is placing $ 0.5 billion, has never built a terminal? I remain baffled and confused.

So when I read that we are pushing ahead in exploring the legal framework for establishing a medical research facility, I would hope that the due diligence allows us not to have a situation where firms are coming to Saint Lucia to experiment on our citizens, or to engage in research solely because they cannot do it in their countries. Let us not sell our souls for a pot of lentil soup. Any legislation must have the same stringent standards for research as found in any modern society.

I still have my concerns on the Citizen By Investment Programme, and I would suggest that as a nation we battle on, we have reached thus far without it; we can continue our journey into our destiny without it. One international criminal act by a new citizen can place our entire economy at risk.

My fellow engineer colleague, Mr. Bernard Theobalds wrote a very good piece entitled Bad Choices that We Make. I have decided to subject some of the bad choices in transportation engineering, to due diligence. One Bad choice is that Gov’t has not proceeded with toll roads. St Lucia has around 600 miles of road network. Of that only four corridors can be subjected to the introduction of tolls – Gros Islet – Castries, Castries – Vieux Fort and Castries to Soufriere and Soufriere to Vieux Fort. Within these areas you have so many linkages, that any toll may capture a maximum of 30% of traffic. I will take Castries to Gros Islet for the analysis. There are on average 25,000 trips either way per day. Assuming 30 % capture, we are at 7,500, if we say $ 1.00 is the toll the income is $ 7,500. The toll cannot generate any significant income.

A Detailed Analysis of the use of Tolls Roads was done as part of the Grand Castries Transportation Study and it showed that the economic benefits of the road improvement are lost due to the delays and increased travel time due to the toll. Due Diligence says stay away from Toll Roads.

From now own whenever you hear any government official use the word –Due Diligence, ask yourself if that person is reasonable and prudent. It they cross that hurdle then you can hold them accountable to the legal definition of Due Diligence.