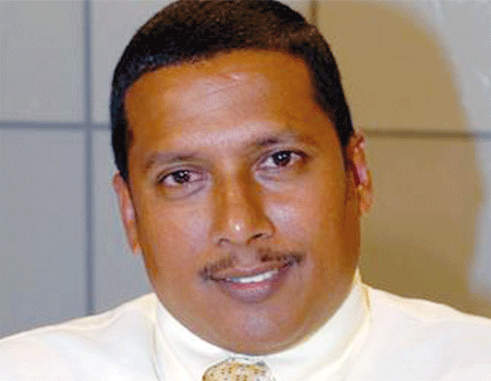 JUST over two months ago, Allen Chastanet and Guy Joseph were grinning from ear to ear, informing all who wished to hear that it was only a matter of time before they put paid to the House of Assembly’s decision to increase the number of electoral districts from 17 to 21. It meant nothing to Chastanet and Joseph that the House of Assembly’s decision was in strict adherence to the Constitution of Saint Lucia. It did not matter to the power hungry duo that the SLP government was simply correcting an illegality that had been allowed to remain unrepaired during the UWP reign of 2006 to 2011.

And so Guy Joseph, with the blessing of his master, took to the courts to reverse what had been agreed upon even by the nominees of his own party. The government duly appointed legal counsel to defend against the law suit. The ink had barely dried on the government’s press release announcing Anthony Astaphan SC as counsel to the Commission, when an enraged Joseph approached the courts, this time to have Astaphan prevented from representing the Commission. The question is this: Why is it that Chastanet and Guy Joseph are afraid of Astaphan?

According to Guy Joseph, “Astaphan was a known political activist on behalf of the SLP”. He complained to the court that Astaphan “was a close friend of the Prime Minister” and “that his appointment as counsel for the Commission was at the behest of the Prime Minister and the Attorney General and that this amounted to interference with the independence of the Commission.”

On Wednesday, the judge gave his written ruling on the application.
Regarding Guy Joseph’s allegation that the Prime Minister and/or the Attorney General influenced the Commission in retaining Mr. Astaphan the judge at paragraph 113 had this to say: “From all the evidence led in this matter, I find the decision to retain Mr. Astaphan was a decision of the Commission and not of the Attorney General or anyone else.” What a slap in the face!

It is instructive to note that in arriving at his decision the learned judge dismissed in its entirety, affidavit evidence given by Leonne Theodore-John, a lawyer and a member of the Constituency Boundaries Commission. She had told the court that Astaphan was not her choice and that she had in fact objected to his appointment. The remaining four Commissioners, Peter Foster QC, the chairman and Leo Clarke, Shirley Lewis and Eldridge Stephens had denied that assertion. They all testified that when the decision was taken to appoint Astaphan there had been no objections. They testified further that it was only following the initial hearing of the matter that Mrs. Theodore-John had changed her mind. Most damning for Theodore-John was the fact that Eldridge Stephens who like her had been appointed to the Commission on the advice of the Opposition Leader, did not join with her when she asserted that Astaphan’s appointment had been objected to by anyone.

But the judge was hardly finished on this point. In a stinging rebuke to the attack on Astaphan’s professional behaviour and credibility, the learned judge at paragraph 114 opined: “. . . it is necessary for me to add that I did not regard the fact that Mr. Astaphan is a consultant to Mr. Peter Foster’s law firm as tainting him in the vigilant eye of the fair-minded observer. There is no merit to this contention. Mr. Peter Foster being the Speaker in Parliament and head of the Commission does not ipso facto mean that all members of his firm would be unable to represent the Commission on matters outside of its constitutional subject to the rule of disclosure.” The judge could not have been clearer in stating that Guy Joseph’s allegation was frivolous and vexatious!

The learned judge then turned his attention to the contention that Astaphan was a political activist which, according to Joseph, was evidenced by Astaphan’s long-standing relationship with Prime Minister Anthony and Astaphan’s public statements. Among the documents submitted in support of his contention was an article penned by Oswald Augustin, the UWP’s then 1st Vice Chairman. After he had carefully analysed the evidence the judge delivered this blow to the solar plexus. Said the judge at paragraph 132: ‘with respect, I consider that on principle even on the evidence of the ‘notorious and well publicized association’ as presented by the evidence led before this court, this application is misconceived…” Strong language indeed, indeed for a case without merit!

Guy Joseph’s legal team would have hardly gotten their collective breaths back before another jab to their chest area was delivered. “Said Justice Ramdhani at paragraph 143; “I have considerable difficulty in seeing how Mr. Astaphan could be perceived by the fair minded and reasonably informed as failing to give the Commission proper advice or by affecting the impartiality or independence of the Commission in the performance of its Constitutional functions. . .”

Even as Guy Joseph’s counsels saw their case crumbling with each spoken word, the judge continued at paragraph 145: “I am of the view that the fact that an attorney has appeared for a government or a Prime Minister in the past or at present, in unrelated matters cannot be elevated to a factual finding that he or she is biased or that there could be an apprehension of bias in favour of the government or the Prime Minister.”

If Guy Joseph’s attorneys were still unclear about the judge’s disagreement with their application he would erase all such doubt at paragraph 147. “It is no light matter that an attorney is to be restrained from acting for a client. When these applications are brought by the opposite party with no interest to serve, the court has to exercise the exceptional discretion with circumspection and caution. This court, wearing the mantle of the fair-minded and reasonably informed observer, cannot see how, insofar as the issues in the matter before the court are concerned, that there could be any perception that there is a real and appreciable risk that the administration of justice would be adversely affected. The law, the courts and its officers could easily fall into disrepute if the courts were to readily accede to such application without there being a proper basis; there must be a realistic sense of impropriety about the circumstances; something that sensibly justifies the conclusion that unless an injunction were granted, the integrity of the judicial process would be impaired.”

The judge would go further in quoting Steyler J who said “Judges must exercise caution not to paint with a broad brush under the misguided belief that coming down on the side of disqualification raises the standard of legal ethics and the public’s respect. The opposite effects are just as likely – encouragement of vexatious tactics and increased cynicism by the public.”

And with these words the court dismissed Guy Joseph’s claim for the removal of Anthony Astaphan, in its entirety.

Why, if this case had no merit did Chastanet and Guy Joseph bring this action? The answer is simple. It is an unvarnished attempt to delay as much as possible the hearing of the substantive matter brought by Guy Joseph. The plan is to use as many delaying tactics as possible to create a situation as existed in St Kitts and Nevis to prevent any adjustments to the constituency boundaries. What are they afraid of? But as Prime Minister Anthony has warned, “boundary changes or no boundary changes the SLP is ready to proceed to elections.”