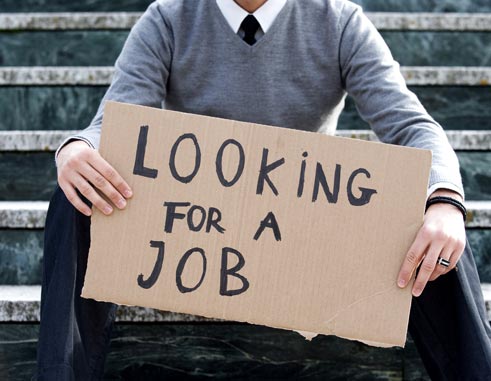 SAINT Lucia’s unemployment rate stands at 24.9%. A new publication by the government’s head of statistics say the financial crunch of 2008 resulted in a surge in unemployment.

Unemployment in Saint Lucia has risen by 8 percent during the 2008-2014 period, and joblessness among young people aged 15 to 24 rose by 15 percent.

Head of the department of statistics Edwin St. Catherine said that, “The greatest impact in terms of greater levels of unemployment was with respect to persons who had completed secondary school, because they were better connected to the formal sector, that was most affected by the crisis.”

The studies show that the tough financial times hit people of lower income brackets the hardest. This has resulted in the island’s Ministry of Social Transformation revamping the island’s social policy programme to provide greater protection for the vulnerable.

“The financial, food and economic crises that started in 2008, coupled with increasing environmental disasters have brought new setbacks to the fight against poverty in small developing islands like Saint Lucia. Therefore a new approach to social protection has recently been embraced by the Caribbean Region,” says Harold Dalson, the island’s Minister for Social Transformation.

Government has had to intervene to help stem the tide of job losses in Saint Lucia’s private sector. The country’s Prime Minister has said that initiatives such as the ALBA-assisted National Incentive to Create Employment (NICE) have helped to arrest the ballooning unemployment figures.

By the end of 2013, nearly half of all young adults in Saint Lucia were unemployed. Government officials are hoping that initiatives such as the Short Term Employment Programme (STEP) will help address this issue. That programme includes community upkeep jobs and provides immediate, temporary employed for people facing dire economic difficulties.

The burden of high youth unemployment is not unique to Saint Lucia. When he took over the Chairmanship of the Sub-Regional Organisation of the Eastern Caribbean States (OECS) in 2014, Prime Minister of Dominica Roosevelt Skerrit spoke of a need to tackle the issue as a bloc.

“Every country in the region is experiencing numerous challenges, some of which are similar in nature including unemployment, particularly among young people, including university graduates. Every single government in the OECS has implemented various forms of policies to seek to overcome the challenge. But I believe that we should be able to find a regional approach to deal with this vexing issue of unemployment among our young people,” he said.

Saint Lucia’s Director of Statistics is hoping the latest publication of data will result in evidence-based policy making for the country and other islands in the OECS.