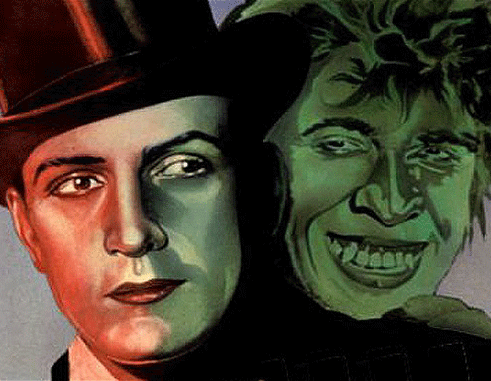 “IN St. Lucia, the people are so loving and friendly,so this is definitely the place you want to visit”.

This is a common comment that one will come across when trolling through the world wide web looking for information about our island. You’re always hearing about how beautiful and friendly the locals are.

Well I beg to differ!

It is sad to admit that my island home is one filled with Jekyll and Hyde types of individuals.

There are times when the Jekyll side of St. Lucians stands out loud, tall and proud, and boy , does that make me feel good. Like in times of tragedy when people are in need, the way we band together to lend a helping hand to our brothers and sisters is beautifully commendable.

Our national pride, though questionable to some, is quite impressive too and again, the way we come together to show support like the way we all tuned in to cheer on our very own Nina and Roxanne, to name just a couple who have put our island’s name on a mega scale, is admirable and to saps like myself, tear jerking.

But with all this aside, the Mr. Hyde side of St. Lucians just seems to overpower Dr. Jekyll, or so it seems, because some locals really do tend to exhibit a rather nasty side on a daily basis and I’m beginning to think that there are people who simply love giving in to that side and look forward to being venomous human beings.

Right now as I write, there are so many examples of Hyde-like behaviour that I actually don’t know where to start…but I’ll give it a go.

I’ll mention a topic that I really do not like speaking about and for that reason, I’ll be brief…Politics.

The love for party by far trumps the love for country on a massive scale and it’s disgusting. I am no colour…when the time comes to vote, I try to choose the lesser of two evils that I believe will govern the island better and when the time comes, if either of the two dominant parties steps out of line, I will voice my opinion. But I will not stand up and say that neither party has done absolutely NOTHING positive for the island. Every day, I sit and listen to the two sides and their goons go at each other, one pot and one kettle both calling each other black.

Both parties have done well for St. Lucia and sue me for believing that both have also formed the fool. So far, I can’t tell the difference between the two so both parties need to remember that whilst pointing one finger at each other, there are three pointing back at you. Stop the nasty below the belt bickering and start focusing on making St. Lucia the great nation that it should be by now.

A report was submitted by a colleague about the first independence baby, Helen “Indy” Jean…my oh my oh my!

I mean, I read the article and although I too had my own opinions about Jean’s mentality, not even in my own head was I as nasty to her the way some people were. Some people went downtown on this woman and then some. Then when that wasn’t enough, they jumped onto the backs of the writer, the editor and even media house itself.

Like I said, I did not agree with some of what the subject had to say but although it was clear that 99.9% of readers disagreed with what she said, did you all have to be so tactless and vile?

Some people called the woman all sorts of derogatory names and even attacked her for being a mother. Have people forgotten how to disagree with others in a respectful manner? Oh my, that last question made me laugh which is sad because I know the answer…who has time to be respectful when it sounds so much sweeter to get your point off in a rude and distasteful manner? I can imagine a crowd’s response if I asked that question out loud in public…I’d get stoned!

At any point, did anyone stop to think that this woman hurt absolutely no one with her words? That she has feelings? That the journalist who wrote the article was not expressing his opinion like he would in a feature or editorial but was translating the words of the subject? That he took his time to travel all the way to Soufriere to meet this woman after researching her and then also put his efforts into writing the article? No? None of that matters does it?! Shame!

Every individual is different and can handle different mental loads…what if the back-lash of this article results in this woman harming herself? Would that matter? Or would you say that she deserves it? I shudder to imagine the response to that question.

The age old saying that there is more than one way to skin a cat is very relevant right here and now because I’m certain that people could have expressed their entitled opinions without being so horrid.

Okay, here is another example and this one was personal and made me laugh and shake my head.

I wrote a column piece called “Happy Birthday Home”. It was a Sounding Off piece to wish St. Lucia happy birthday for the 36th Independence Day and in that piece, I poured my heart out about my deep and undying love for St. Lucia.

(Now before I continue, I’m adding a side note to highlight the fact that the majority of positive posts receive little to no responses of praise or encouragement which I find quite interesting…why don’t you readers give kudos to the reports that deserve it?) Anyway…

It was funny that one single person chose to comment and rather than share the sentiments to such a positive piece, they chose to write this;

1. Brotherhood Reply
February 14, 2015 at 4:49 am
“… the urge to leave the dark and gloomy rat race in the UK was too strong and like a siren in the high seas, St. Lucia called … ” What exactly is the goal of your writing?

That sentence is a turn-off and shows you as a writer are not focused. Next time, before you publish a piece, read it aloud, audio record it and listen to the play- back. This might help.

Now, usually something like this would kind of niggle at my feelings but in this case it really didn’t. It simply made me laugh and then I shook my head because I felt sorry for the writer. Did he have nothing better to do? Why would he try to take a positive piece to apply his bully tactics to it? Did his life improve and did he feel better after “thinking” that he tore me down? Come to think about it, I don’t think I care to know the answers.

When I showed this response to my editor, he laughed and said: “It serves you right for listening to every idiot who thinks that they have a point of view that’s worth listening to”

In other words, comments like these should be like water on dasheen leaves (yeah, I localised it)…let it slide off effortlessly…which I did (Sorry Brotherhood).

I have made no secret of the fact that I’m a very green journalist and that I have bucket loads to learn. I welcome positive criticism with open arms because I see it as a learning experience but as young and green as I am, please don’t mistake me for a pushover and whilst I will not lose my cool, I will respectfully call you out.

Is it any wonder why so many St. Lucians are such cowards? They are afraid to stand up and speak out for their rights because the bullies are out there just waiting for blood. Speak out and you get verbally ripped to shreds and this is just not fair. Whilst we must all agree that everyone is entitled to their opinion, we must seriously delve into that entitlement and respect it.