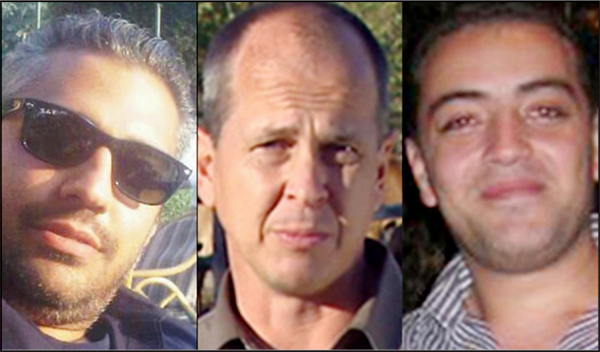 All three men were accused by the then ruling military regime of collaborating with the banned Muslim Brotherhood while the ousted group violently protested the army coup against their leader, elected President Mohammed Morsi.

Al Jazeera mounted a sustained global campaign to free all three of its journalists, but the Egyptian courts originally only freed Greste, while two Egyptians – one also with dual Canadian/Egyptian citizenship – remained behind bars.

I was as glad as journalists everywhere else to see Greste walk free earlier this week. But I always held the station also (unintentionally) contributed to its staff being held locked-up that long.

Arrested separately, the three journalists were also accused of having suspect communications equipment and possessing illegal ammunition. But, as if judging the judges by being both jury and executioner in absentia, AJ Jazeera simply constantly rubbished all the charges and accusations as “baseless”. It insisted (each of 48 times a day in its newscasts every half hour) that its staff were “innocent of all the charges against them.”

For the past 400-plus days, Al Jazeera daily portrayed the Egyptian court and judicial system as “a farce”. And it made constant, repeated daily “demands” that its staff be freed “unconditionally”. The station has also offered some ‘bleeding-heart’ stories about the two Egyptian staff: one having “got engaged while behind bars” and was “awaiting his wedding day”, the other having “missed the birth of his third son.”

The Egyptian lawyers representing the AJ Three often complained the way Al Jazeera was portraying the cases and the Egyptian court system globally was causing them problems with the judicial authorities in Cairo. Greste’s family had to point out, on occasion, that their son’s legal defence was not being decided by Al Jazeera.

I think the Al Jazeera journalists — brave as they obviously were in pursuit of their stories — overstretched their luck and underestimated the will of the Egyptian military to defend its overthrow of Morsi and the Muslim Brotherhood. I also think AJ’s use of its aggressive brand of hash-tag activism to defend its jailed employees may very well have harmed instead of helped their case.

All that said, I was quite pleased when the other two AJ journalists were freed on bail earlier this week. I had felt that after the Egyptian courts had released the Australian big fish, the two Egyptian sardines would have been kept in the Cairo bowl, if only to show that the pen is not always mightier than the sword.

But the Egyptians, with GenertalSisi now an elected President, have once again outmaneuvered Al Jazeera. The two Egyptians were released (temporarily) ahead of Valentine’s Day, probably so that he who got engaged while locked-up will get to marry on that global day of mutual love; and he who missed the birth of his third son can make up for time lost.

Peter Greste will be warm in Australia, while his two Egyptian colleagues – who cannot travel abroad — will be able to spend today’s Valentine’s Day joyfully and lovingly with their wives and/lovers, before the anxiety returns ahead of their return to court before the end of this month.

In the end – in my view — President Al Sisi has made his point: that in the eyes of a seasoned army general, the pen just isn’t ever mightier than the sword!