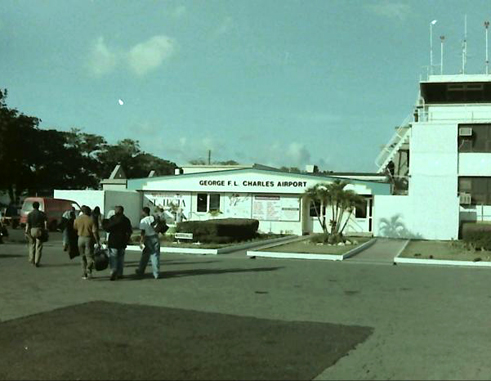 JUST this week Taiwan suffered an unfortunate air crash where at least 26 people died. I join with every St Lucian who is thankful for the tremendous assistance Taiwan has offered St Lucia, in expressing our sincere condolences to the families and the people of Taiwan.

Some weeks ago I was introduced to Cdr Bud Slabbaert and Pascal Mahvi, who both had expressed interest in my comments on the closure of GFL Charles Airport. I have been a strong advocate for the airport remaining as part of our infrastructure. Pascal Mahvi is well known in St Lucian circles for his endeavours in the tourism sector in Jalousie, and I was not aware that he was also an experienced pilot with over 4,000 hours of flying fighters, transport category jets and turbo props.

Pascal suggested to me that the issue of safety should enter the discussions. He posited that Aircraft accidents happen; it comes with the territory. He commented that the most dangerous phases of flight are takeoffs and landings.

At GFL Charles Airport, we have the entry to the Castries harbour at one end, and the commercial / residential hill at the other. Combined with its short 5,000 ft, it was Pascal’s view that this was a deadly combination. He had witnessed an AmeriJet B-727 lift off and immediately bank left (due to the hill on the north end) to the west. Its left wing tip was four feet off the ground. In astonishment, Pascal Mahvi advised then Prime Minister John Compton that this was a huge tragedy waiting to happen. Amerijet was eventually moved to Hewanorra.

In our discussions, Pascal’s safety concerns for GFL Charles Airport which were based on his flying experience were as follows:

A safe takeoff requires a vertical climb of 200 feet before turns; at GFL Charles he advised that the hill prevents it, forcing a turn to the west.
• Should an engine on a small piston twin fail (especially the critical one – which are generally underpowered anyway) during the takeoff phase (low and slow), the pilot’s chances to go into spiral to the street is high.
• In a single engine, the pilot is left with zero options – try to land straight ahead and brace for impact with the fence! Turns in a single generally end badly.
• As to the corporate jets and the regional twin turboprop carriers, while they should have the power to climb on a single engine (depending on temp / humidity / load factor), a tyre blowout on the high speed roll, leaves no margin for errors. The pilot better slam on the brakes on or before V1 speed is attained. Miss that by a couple of knots, and the chances to overshoot is high. The only option left is to retract the gear to avoid collision with ground traffic.
• The landing phase for the singles and twins generally is not the problem. The jets and carriers is another story. GFL Charles Airport is not equipped with vertical guidance ILS systems. Many aircraft landings are short on ILS equipped runways, especially in bad weather / rain, and low visibility. One mishap and the harbour will be closed for a while.
• There is also the issue of a tyre blowout; the turbo props are equipped with prop reversers and so they can slow down easily. On jets, the thrust reversers (those that have it), the brakes are designed to work with properly inflated tyres.

These views on safety presented to me were very convincing, and in any honest conversation, the issue of safety has to be brought centre stage, despite its associated controversy.

On the recent Taiwan airline crash Pascal told me that he can predict with 90% certainty what occurred without having had sight of the black box data.

His hypothesis is as the ATRs are equipped with Auto Feathering of the props, it is unlikely that this crash was caused by an engine failure after takeoff and VMC speed. Likewise, we know the aircraft was not over-loaded – only about 58 souls on board.

The flying pilot most likely rotated (lifted the nose wheel) prior to VR speed, the aircraft lifted off the runway and was airborne due to the cushion effect created by the compression of the air between the wings and the ground.

Once it gained some separation, the left wing stalled due to lack of flying speed; the pilot no longer had aileron authority to right the aircraft. As it continued to bank, both wings stalled and at 50 degrees the aircraft became a falling barn door, striking the bridge and cart wheeled into the lake.

Pascal Mahvi was seeing Vigie Field as he watched the video and wondered if in a similar situation the aircraft banked right rather than left (West)! We would have casualties in the hundreds and it would with a disastrous fire in Castries.

It is most interesting that the prevailing views of aviation experts, is that GFL Charles should be shut down and Hewanorra should emerge as the primary airport infrastructure. I sought the views of one such aviation expert, Mr. Bryan Johnson – President and CEO of Aerologistix an international aviation consulting firm. He is of this view that there should be closure of GFL Charles Airport. .

The St Lucia Air and Seaports Authority ( SLASPA) has commissioned several studies on the closure of GFL Charles Airport, looking at the socio-economic impact, the political impact and the financial impact. I am unaware that a review of the safety issues was ever done. Obviously, such analysis would be awkward, but it should form part of the decision making process. Listening to the aviation experts speak on safety issues has made me a bit more open to the possibilities of closure of GFL Charles Airport.