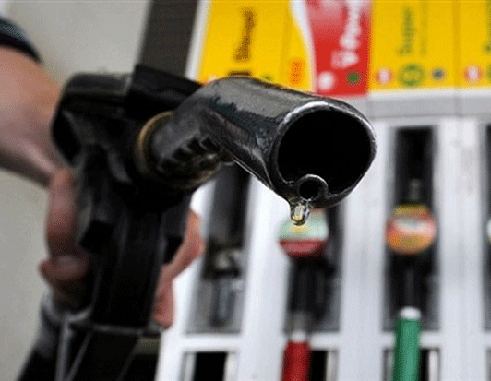 THE sound and fury of the oil prices and pass-through mechanism have largely subsided. Statements were made, explanations offered, a protest march was announced and executed, and, as usual, the talk show circuit had its say on the matter—for better or worse.

But, what was the sound and fury all about? Were the opposition’s statements on the issue correct? Was the government’s explanation of the matter sound? Are we any wiser or better-informed now that Tom, Dick, and Harry have had their say?

Let’s examine all of this, shall we? We’ll begin with a definition and some historical context.

According to Wikipedia (the online free encyclopaedia):

“Snake oil is an expression that originally referred to fraudulent health products or unproven medicine, but has come to refer to any product with questionable or unverifiable quality or benefit. By extension, a snake oil salesman is someone who knowingly sells fraudulent goods or who is himself or herself a fraud, quack, charlatan, or the like.”

And, here’s what Lakshmi Gandhi, writing on the website www.npr.org/blogs/codeswitch, says on the subject of snake oil and snake oil salesmen:

“’Snake Oil Salesman.’ The phrase conjures up images of seedy profiteers trying to exploit an unsuspecting public by selling it fake cures. In fact, the Oxford English Dictionary defines snake oil as “a quack remedy or panacea.” What this dictionary does not note, however, is that the history of snake oil is linked to an often forgotten chapter of Asian-American history.

“Because the words “snake oil” are so evocative, it has been a favourite go-to phrase for politicians and lobbying groups on both sides of the aisle. Kentucky Sen. Mitch McConnell called his opponent in the Republican primary, Tea Party candidate Matt Bevin, a snake oil salesman in a campaign mailer. While campaigning for a second term, President Obama referred to the Romney-Ryan tax plan as “trickle-down snake oil” at a rally. In 2008, the Natural Resources Defense Council Action Fund took out full-page ads in The Washington Post to denounce then-President George W. Bush’s plan to drill in the Arctic National Wildlife Refuge, calling it “100 percent snake oil.”

“But what, exactly, is snake oil? And why is peddling it such a terrible thing?

“The 1800s saw thousands of Chinese workers arriving in the United States as indentured laborers to work on the Transcontinental Railroad. According to historian Richard White’s book Railroaded, about 180,000 Chinese immigrated to the United States between 1849 and 1882. The vast majority of the workers came from peasant families in southeastern China and were signed to contracts that ran up to five years for relatively low wages (compared with their white counterparts), wrote David Haward Bain in his book Empire Express.

“Among the items the Chinese railroad workers brought with them to the States were various medicines — including snake oil. Made from the oil of the Chinese water snake, which is rich in the omega-3 acids that help reduce inflammation, snake oil in its original form really was effective, especially when used to treat arthritis and bursitis. The workers would rub the oil, used for centuries in China, on their joints after a long hard day at work. The story goes that the Chinese workers began sharing the oil with some American counterparts, who marvelled at the effects.

“So how did a legitimate medicine become a symbol of fraud? The origins of snake oil as a derogatory phrase trace back to the latter half of the 19th century, which saw a dramatic rise in the popularity of “patent medicines.” Often sold on the back pages of newspapers, these tonics promised to cure a wide variety of ailments including chronic pain, headaches, “female complaints” and kidney trouble. In time, all of these false “cures” began to be referred to as snake oil.

“As word of the healing powers of Chinese snake oil grew, many Americans wondered how they could make their own snake oil here in the United States. Because there were no Chinese water snakes handy in the American West, many healers began using rattlesnakes to make their own versions of snake oil.

“This set the stage for entrepreneur Clark Stanley, aka The Rattlesnake King. In an 1897 pamphlet about Stanley’s life and exploits, the former cowboy claimed he had learned about the healing power of rattlesnake oil from Hopi medicine men. He never publicly mentioned Chinese snake oil at all. Stanley created a huge stir at the 1893 World’s Exposition in Chicago when he took a live snake and sliced it open before a crowd of onlookers.

“Joe Schwarcz, the director of McGill University’s Office for Science and Society, described the scene in this 2008 article:

“‘[Stanley] reached into a sack, plucked out a snake, slit it open and plunged it into boiling water. When the fat rose to the top, he skimmed it off and used it on the spot to create ‘Stanley’s Snake Oil,’ a liniment that was immediately snapped up by the throng that had gathered to watch the spectacle.’

“There were two major problems with Stanley’s claim about his oil:

“First, rattlesnake oil was far less effective than the original Chinese snake oil it was trying to emulate. A 1989 letter to The Western Journal of Medicine from psychiatrist and researcher Richard Kunin revealed that the Chinese oil contained almost triple the amount of a vital acid as did rattlesnake oil.

“Secondly, Stanley’s Snake Oil didn’t contain any snake oil at all. The Pure Food and Drug Act of 1906 sought to clamp down on the sale of patent medicines and it was that legislation that led to Stanley’s undoing. After seizing a shipment of Stanley’s Snake Oil in 1917, federal investigators found that it primarily contained mineral oil, a fatty oil believed to be beef fat, red pepper and turpentine. That’s right — Stanley’s signature product did not contain a drop of actual snake oil, and hundreds of consumers discovered they had been had.

“It was probably around then that snake oil became symbolic of fraud. Snake oil salesmen and travelling doctors became stock characters in American Westerns. The first written usage of the phrase appeared in Stephen Vincent Benet’s epic 1927 poem John Brown’s Body, when the poet refers to “Crooked creatures of a thousand dubious trades … sellers of snake-oil balm and lucky rings.” About 30 years later, playwright Eugene O’Neill referred to snake oil in his 1956 play, The Iceman Cometh, when a character suggested that a rival was “standing on a street corner in hell right now, making suckers of the damned, telling them there’s nothing like snake oil for a bad burn.”

“As for what happened to Clark Stanley after it was found that his whole empire was based on a lie? He was fined $20 (that’s about $429 in today’s dollars) for violating the food and drug act and for “misbranding” his product by “falsely and fraudulently represent[ing] it as a remedy for all pain.”

“Stanley did not dispute the charges.”