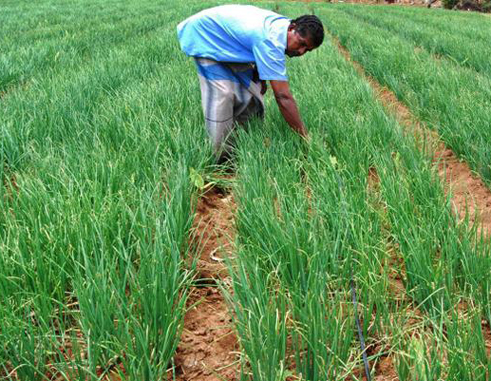 LAST weekend some ideas of the St. Lucia Forum with reference to Agriculture were highlighted. To fully appreciate the task which the young graduates from UWI, and elsewhere, set themselves it is important to recall that Saint Lucia was one of the most backward countries in the Caribbean in the nineteen fifties. In 1948 it had the highest illiteracy rate of 44.8 per cent in the Caribbean, See ‘Decolonization & Development’ 3rd edition; B. Dyde, R.Greenwood and S.Hamber, (p154). Spoken patois, a broken French Creole was the chief means of communication for the vast majority. The English language was then largely associated with Castries and its primary and secondary schools.

By the early 1970s illiteracy had abated somewhat but that did not make the task of educating the masses any easier. In the midst of severe challenges the Forum was able to raise the consciousness of large swath of the Saint Lucia population. The Forum called itself an education pressure group and it focused on raising the social, political and economic conditions of the island. Its strength was in its strong bonding which was a result of shared historical and social background of its members as well as the constant groundings (dialogues) the group held. These frequent groundings crystallized into a long-term vision of the island and an agenda for its equitable and balanced development.

The group resolved to create a new man from the illiterate masses left behind by colonialism. To this end it often communicated a militant and revolutionary posture with its front-line speakers seemingly determined to raise the bar at each public meeting. It was no easy task dismantling the citadel of colonialism. For a people whose island changed hands several times between the French and the British, the question of identity became further compounded. Notwithstanding, the Forum resolved to attack the plantation system of agriculture production. To this end it aimed it ‘guns’ at the largest banana plantations on the island. Sugar cane had by then been abandoned for lack of profitability.

George Odlum and Peter Josie organized banana workers on the Cul-de-Sac and Roseau valleys and encouraged them to strike for better wages and working conditions. These two also emphasized the need to partition these estates into ten and fifteen acre blocks which were to be sold to those who had worked these lands from the days of sugar cane cultivation. That work was in keeping with the Forum’s vision and had nothing to do with either political party which had, in the Forum’s view, been emasculated by their colonial masters.

The St. Lucia Forum was also focused on presenting the African born in the Caribbean as a whole man who had been dehumanized by slavery, and whose emancipation remained uncertain due to the abuses of certain religious teachings and by the type of education and images in school books. When the Forum declared its intention to create a new man and a new country in which the commanding heights of the economy were in the hands of the people, it was deadly serious. It knew exactly what it was saying! Some have still not understood that the St. Lucia Forum was preparing the island (and its people) for political independence. Indeed, in the Forum’s short life, the outline of the new man had begun to appear on the horizon.

Speaking recently to Calixte George I was reminded that the Black Power ideology which the Forum advocated had nothing to do with hating white folks. Indeed, I was reminded that it was John Hailwood, the general manager of Geest Industries (St. Lucia), a white man, who had taken the initiative and invited Odlum, Calixte and myself to private and confidential talks (both at his home and in his office) which eventuated in the division of the Roseau and Cul-de-Sac valleys for onward sale to workers, peasants and small farmers. The actual programme materialized under the island’s government but the work of negotiation had been the Forum’s.

When the Forum spoke of controlling the commanding heights of the economy, what did it mean? It meant the establishment of a St. Lucia National Commercial Bank, (NCB) so that the savings of Saint Lucians will be accumulated and used for the island’s development. It also meant that the Agriculture Bank would be expanded into ‘Housing and Development Bank’ which was to operate separate and apart from the National Commercial Bank. The decision to combine the commercial bank with ‘development’ banking must have been the work of ‘degreed donkeys’ who had forgotten from whence they came. I thank God that by the time such policy decisions were made He had taken me safely away from that lost tribe who seemed incapable of thinking without malice or ill will, putting the peoples’ interest first.

As we approach the 36 th year of independence I am warmed by the many Saint Lucians who still express admiration for the Forum’s dream and vision. Sometimes, I wonder had the group stuck together and at a convenient moment taken the step into elective politics, whether this island would have been different today and how so.

It certainly would have become the Singapore or the ROC (Taiwan) of the Caribbean had the Forum thinking prevailed. Had the group stuck together certain politicians past and present would have had great difficulty emerging into the leadership spectrum of Saint Lucia. In the Forum’s view leadership was achieved by constant dialogue, vision, persistent hard work and a desire to raise the grassroots into a proud man of substance.

AS I look back and compare the work of the People’s Republic of China (ROC), Taiwan, in the agricultural development of Saint Lucia it reminds me that the Forum was on target with its vision of a new and better agriculture for the island. This explains my fascination with the assistance of the Government of the ROC (Taiwan) and its technical staff to the farming community in Saint Lucia. For example, there are several fruit and vegetable demonstration and extension projects on the island funded by the ROC. The idea is to introduce new crops and new varieties of familiar crops, accompanied by new production techniques. The ROC projects aim to enhance quantity and quality of produce thereby increasing farmers’ income. It aims also at decreasing food imports in vegetables such as cantaloupe, sweet peppers, egg plant, lettuce, cucumber, tomatoes, and cabbage. The programme also aims to increase production of papaya, dragon fruit and pineapples to self-sufficiency and later to export to the rest of the Caribbean.

Next week I shall continue with the Forum’s vision and the projects of the ROC (Taiwan) which fit into that vision. I will also have more to say about the sale of the Bank of Saint Lucia and the ‘new imperialism’ I see coming, even as more and more smart and bright Saint Lucians are now at the levers of power. The marking of 36 years of national independence is an appropriate time to raise such issues.