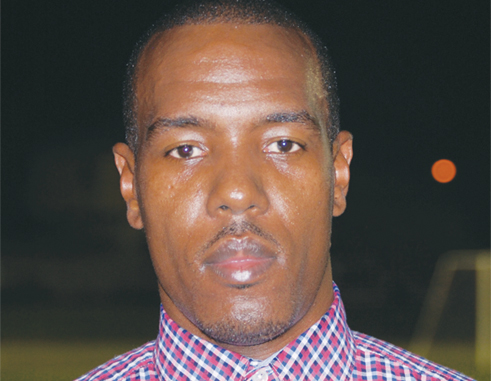 WITH unemployment at an all time high and a number of the nation’s youth turning to drugs, alcohol and now an increase in suicide attempts, newly elected president for the Soufriere Youth and Sports Council Ravi Lamontagne is hoping for a bright future for the youth of the west coast town. Lamontagne spoke to The VOICE in an exclusive interview. Asked what had him to take up the challenge as president for the SYASC, Lamontagne said, “I always had an interest in the development of the youth and sports in Soufriere, but had a bit of a setback because I left to go to Cuba to study six years ago and upon return to St. Lucia I realised things were not happening in the manner it was supposed to, so I decided to get in there with a team of individuals and put things in place for the youth.”.

As to his vision in terms of sporting and social activities for the youth in Soufriere, Lamontagne replied, “First of all one of my plans is to do a new write-up on the existing constitution, the present one is not properly written, so I am looking at a new constitution to help our situation and to bring the organization forward.

“In terms of sports, in 2015 the SYASC will be looking to stage two football tournaments one for the under – 23 players and the other for the senior players. We also plan to do one senior T20 cricket tournament. We are in negotiation for sponsorship for three cricket nets. We have already dug up the spot for the poles where the practice nets will be placed”.

Lamontagne added: “We will be introducing tennis to the western town in the form of a tennis academy. Equipment has already been out sourced. At present we are putting guidelines / constitution for the tennis academy together,matches will be played on the court located on western end of the Soufriere Mini Stadium. We are hoping that when operational the young men and women will take full advantage of it. Track and field will return to the sporting calendar as the once talked about championship which saw Soufriere produce a number of national athletes will take place sometime in February / March during the inter secondary school sports meet as the sport has been dormant for a while.

With beach volleyball starting to pick up in St. Lucia the SYASC will be looking to venture into that sport as well. In early January, Lamontagne said, “We will be meeting with the governing body, the St. Lucia Volleyball Federation to give us some guidelines and ideas as to the way forward to develop the sport in Soufriere”.

VOICE: Based on the number of national athletes the western town has produced over the years; the Soufriere Mini Stadium at one time was earmarked as one of the premiere facilities on the island for track and field. As president of the SYASC will you and your executive champion the cause and see to it that this facility which also boasts a 400 metre track gets the rubberized athletic surface it was promised a few years ago? Lamontagne replied: “Guess what, St. Lucia will be host to the Commonwealth Youth Games in 2017. I was at a meeting with the Ministry of Youth Development and Sports hierarchy recently and they are looking to upgrade a number of sporting facilities, as you just mentioned I will look to include a proposal for the rubberized track.

VOICE: What are your plans to revamp the once vibrant club structure in the western town? Lamontagne replied: “That is one of our plans. I am proud to mention since we were elected into office four clubs have affiliated themselves with the organization. Faith United, New Denights, Black Panthers and River Roots, taking the number of affiliated clubs to fourteen. In 2015 we will be working closely with the Ministry of Youth Development and Sports to organize a sports administration and a financial management planning workshop for the various clubs”.