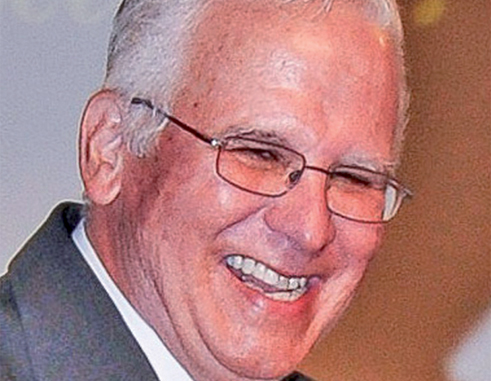 IN the year 2014, the economies of the OECS and without a doubt, the wider Caribbean, stand with their backs against the wall, thrust into that position by behemoth forces. To be specific, the region’s development to this point has been hamstrung by an unsustainable economic model and the uncompetitive nature of its key sector, tourism. Let me be clear from the onset, the main cause of the region’s struggles is not the global financial crisis, which started in 2007, although it has stifled the flow of capital to the region. Neither is it the resultant global economic recession, which we could all attest, constrained demand for tourism and Caribbean exports. No, these events merely exposed the region’s Achilles’ heel, namely the broken model on which the economy is based.

For a greater appreciation of the unsuitability of the region’s economic model, one only has to review key trends in governance and fiscal management that developed over the years.

One of the greatest shortcomings of the Caribbean’s political system is that it allows successive administrations to focus too much attention and resources on appeasing the electorate, at the expense of activities that are beneficial to the future common good. Equally damaging, is the low level of accountability of our leaders, who are permitted to avoid hard questions such as those related to corruption, expenditure and unrealized budget plans. The sad reality is that our political structure in some ways impedes the region’s long-term development.

Fiscal management in the Caribbean is severely deficient. Many governments run perennial deficits and create debt, the proceeds of which go to unproductive uses. These unproductive uses have neither consistent nor self sustaining sources of revenue to repay debt. Governments therefore tend to fill revenue shortfalls with deficit financing and lengthy delays in paying for goods and services. This is basically servicing debt with more debt, a perfect recipe to allow debt to accumulate to unsustainable levels.

For years, buoyant economic activity masked the true effects of the profligate fiscal policies adopted by many regional governments. During this period, the state used the funds from deficit financing to employ an ever increasing proportion of the labour force and direct scandalous amounts of public resources to unproductive means in the form of transfers and subsidies. For political reasons, governments establish these expenditure patterns and they become entrenched. For instance, St. Lucia’s 2014 Budget allocated 74 percent of expenditure to recurrent spending and was based on a fiscal deficit of 5.7 percent of GDP; 94 percent of Trinidad and Tobago’s 2015 budget was dedicated to recurrent expenditure, with a deficit of 2.3 percent of GDP. In December 2013, the IMF indicated that Barbados had the highest relative wage bill in the Caribbean, equivalent to 10 percent of GDP. Its fiscal deficit is expected to reach 12.4 percent of GDP in 2014. The country’s wage bill consumed 39 percent of recurrent revenue in the 2013/2014 fiscal year, compared to 33 percent for St. Kitts & Nevis, 41 percent for Jamaica and 16 percent for Trinidad & Tobago. Grenada’s wage bill is expected to reach 55 percent of recurrent revenue in 2014. During the same period, Barbados current expenditure was 141 percent of current revenue while, the ratio was above 92 percent for both Jamaica and Trinidad and Tobago. Grenada’s current expenditure was 106 percent of revenue.

This pattern of spending serves to crowd out the private sector and thus, impedes the dynamism of the economy. Worse still, it leaves the affected countries, with onerous debt and fiscal balances for generations to come. Consequently, Antigua & Barbuda, Grenada, St. Kitts & Nevis, Barbados and Jamaica all have debt levels close to or above 100 percent of GDP, while several regional governments are now confronted by double-digit or high single-digit fiscal deficits. The deterioration of public accounts to such an extent undermines growth, as countries now have to direct significant resources to repay debt. According to the Eastern Caribbean Central Bank, debt service payments averaged 22 percent of revenue in the OECS in 2013(financed largely by deficits as pointed out before.)

The regional financial sector has a long history of funding government’s fiscal deficit and buying public debt. Here then is the problem.

Insurance companies by law are mandated to purchase government debt to cover long term liabilities. Banks and Insurance companies are now financing Sovereigns with 100 percent to 200 percent debt to GDP. This debt is of course, unsecured. The opportunity costs of holding government debt can be significant for banks, since they may be able to generate greater rates of returns in an open currency market by investing in gilt-edged securities or lending to the private sector. Of even greater concern, are losses incurred when governments default on debt payments or require banks to take “haircuts” on outstanding debt because of insolvency. This jeopardizes the long-term and short-term savings of the population. It is one thing to have a defaulting Sovereign but it is a catastrophic event when this is coupled with Financial institutions default. As we speak, Grenada is trying to convince private sector creditors to forego repayment of a portion of debt already issued to the government. Be mindful that government debt usually funds civil service activities and other non-revenue generating endeavours. Anemic economic conditions and high exposure to public sector debt, has undermined the financial sector’s profitability and depleted its capital base in the OECS. It is estimated that the banking sector needs to be re-capitalized with US$600 million.

For some time now the Region has had to make do without grants and aid. We should put the days of deficit financing behind us. Going forward, rigid budget controls will cause the money supply to contract. The consequence for the OECS then, is a severely overbanked region. Scotiabank announced plans last week to close 35 of its Caribbean branches and retrench 1,500 employees. This follows some restructuring activities by the Royal Bank of Canada earlier this year. The 1970s saw the exodus of the American Banks from the region, while British banks were out by the early 2000s. HSBC sold its last branch network in Cayman this year. Now that the American Banks (Citibank) are exiting Central America, it is appropriate to ask “Is it now the turn of the Canadians?” The stronger regulatory environment and the more onerous reporting requirements that exist today have made it difficult, I am told, to manage branches from the Metropolitan centres, making them unattractive and reduced their competitiveness, resulting in poor performances.

All things have cycles and our wave has long crested.