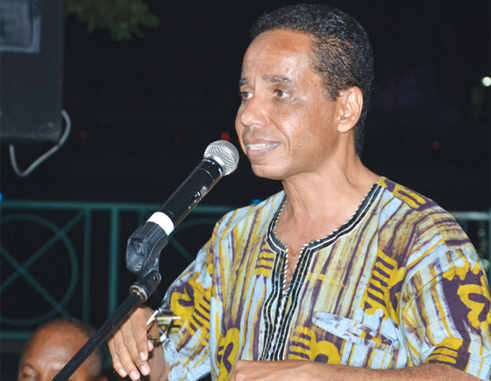 I have just returned from Suriname, where I delivered one of two keynote addresses at the Opening Session of the inaugural conference of the Caribbean Alliance of National Psychological Associations (CANPA)— a newly established Pan-Caribbean organization that has brought together national associations of psychologists from across the Dutch, Spanish, French and English speaking regions of the Caribbean.

The title of my address was– “Reparations: A Caribbean constructed instrument for Survival and Transformation”– and it was delivered to a packed and highly receptive conference hall containing close to 400 delegates, inclusive of such dignitaries as Dr. M. Blokland, Suriname’s Minister of Health ,Dr.Saths Cooper, President of the International Union of Psychological Science, and Dr. Ava Thompson, the current President of CANPA.

The three days that I spent with our Caribbean psychologists in Suriname also provided me with an opportunity to reflect deeply on the question of what are, or what should be, the fundamental principles underpinning and guiding our Caribbean Reparations Movement. And out of that process of reflection has emerged ten critical and concrete principles, which I would like to share with you.

My ten fundamental Principles of Reparations are as follows:-

1. VALIDATION OF OUR HUMANITY

Our demand that the current day representatives and beneficiaries of those persons, institutions and nations that were guilty of perpetrating Crimes Against Humanity against our ancestors be held accountable and made to pay restitution, constitutes an essential acknowledgment and validation by us of our own precious humanity, and is in itself an important component of the process of repairing ourselves as individuals and as a collective.

2. COMPLETION OF THE EMANCIPATION PROCESS

After the abolition of Slavery in the 19th century, our historical oppressors deliberately entrapped our ancestors in economic, political and social arrangements that were designed to handicap them and to serve the interests of the former en-slavers– arrangements that have persisted (in modified form) down to the present day: the struggle for Reparations must therefore be a struggle to expose and put an end to such arrangements, and to complete the Emancipation process.

3. COMPENSATION MUST BE PROPORTIONATE TO THE CRIME

The demand for compensation from the present day representatives of those who inflicted Crimes Against Humanity on our ancestors and who damaged and disabled succeeding generations must consist of a demand for a transfer of material resources in an amount proportionate to the enormity of the crimes and their deleterious effects— resources to enable us to counter the economic and social imbalances derived from those centuries of criminality.

4. REPARATIONS MUST PRODUCE THE JUST SOCIETY

The campaign for Reparations or for Reparative Justice must be designed to produce the “just society”, in that the demand for Reparations must be formulated as a demand for a fundamental transformation of the currently existing inequitable and exploitative economic and power relations that exist in the international arena and in our domestic societies.

5. WE MUST EXERCISE AUTONOMY THROUGHOUT THE PROCESS

While we demand the payment of compensation– in financial and material resources– from the present day representatives and beneficiaries of our historical oppressors, we must make it clear that the strategies and tasks to be implemented for our psychological repair and economic and social empowerment are our own responsibility and will be conceptualized, directed and driven by us.

6. WE MUST REPAIR OURSELVES

A critical component of the campaign for Reparations must be our own inwardly directed struggle for psychological, cultural and spiritual self-repair.

The effort to “prosecute” and hold accountable the current day representatives and beneficiaries of our historical oppressors will require the widespread participation of our people: and the attainment of such widespread popular participation will be dependent on the inwardly directed struggle for self-repair and its capacity to persuade a critical mass of our people to re-evaluate themselves and their history; to perceive the gravity of the injustice; to FEEL the tragic historical loss that we have suffered; and to be sufficiently motivated to get involved or otherwise support the campaign for Reparations.

8. REPARATIONS MUST BE A BROAD MOVEMENT

The campaign for Reparations must be designed, on the one hand, to bring on board with us all of our natural allies in Africa and the Diaspora, Latin America and Asia and to enlist the tremendous weight of world opinion on our side, and, on the other hand, to isolate and publicly hold up to international embarrassment and ridicule all those entities that perversely and unreasonably seek to deny and resist the manifest justice and righteousness of our claim.

9. OUR PEOPLE MUST BE INTIMATELY INVOLVED

The masses of our people must be intimately involved in the campaign for Reparations: they must be permitted enough time and opportunity to thoroughly discuss and understand the issue; their right to have the final and decisive say on the concrete details of the Reparations claim must be respected; and they must have a say— through representatives specifically selected by them– as to how the compensatory resources are utilized.

10. A NEW INTERNATIONAL LEGAL STRUCTURE MUST BE ESTABLISHED

Since the Reparations claim that is being advanced on behalf of the sons and daughters of Africa is of a magnitude and complexity hitherto unknown to the currently existing international court system, it will require the setting up of a special new International Tribunal specifically designed to deal with and do justice to a Reparations claim of this historical importance and magnitude.