DIGICEL Jamaica Foundation took home the coveted Social Contribution Award at this year’s virtual staging of the World Communication Awards. Having to switch to a virtual format this year, the ceremony was broadcast live as they announced the winner of each category and then showed a victory video from each. 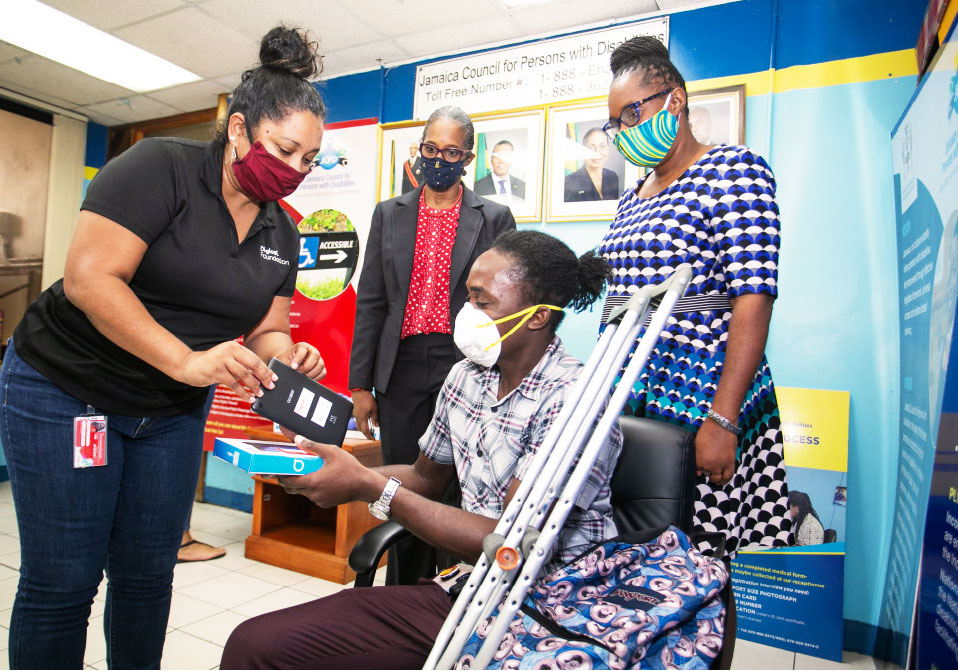 In addition to having the winning entry, Digicel was also shortlisted in the same category for its Digicel PNG Foundation’s Men of Honour campaign, which tackles the serious issue of gender-based violence in Papua New Guinea. Other operators shortlisted for the Social Contribution Award were: Altice Portugal, PCCW Global, SK Telecom and Viettel Group.

Another shortlisting came from Digicel’s submission in the Best Operator in an Emerging Market category, for Digicel Haiti. The company had previously won this award in 2019, for its work in Papua New Guinea.

Oliver Coughlan, Digicel Group CEO – Caribbean & Central America said: “Giving back is an important part of who we are as a company, we like to say that it’s part of the Digicel DNA. So getting two of our Foundation projects shortlisted for the World Communication Awards’ Social Contribution category, and then winning for our work with Special Needs in Jamaica is a testament to the caring and hardworking teams we have across the Group. It doesn’t matter where you work in Digicel, once you’re part of the family, you’re working to create a world where no one gets left behind.”

Digicel Jamaica Foundation, led by CEO, Charmaine Daniels, is the first, and only, Jamaican corporate foundation to focus on Special Needs, and has worked assiduously to combat the huge challenges faced by this population, ranging from financial, to discriminatory to abuse. Globally, persons with disabilities are disproportionately represented among the poorest, unemployed, low-waged, those with low health status and lower levels of educational achievement, and the same holds true in Jamaica.