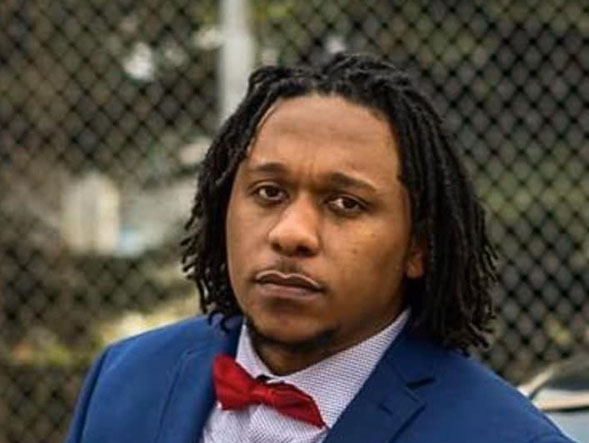 One of the island’s finest producers has scored another milestone having recently been credited for work on International R&B artiste Jessie Reyez’s freshly released album, “When Love Came to Kill Us”.

Saint Lucian (Toronto-based) producer, musician and songwriter, Johann Deterville or Yogidaproducer as he is more commonly referred to in the musical arena, also scored two major placements on the already number one album, “It Was Good Until It Wasn’t” by international recording sensation, Kehlani.

The Anse La Raye native is credited with two placements on the chart-topping contribution, ‘Grieving’ feat James Blake and ‘Serial Lover’, which he produced with Grammy winning producer Boi1da as well as Jahaan Sweet, TheRascals, Vianey and Samplegateway.

For her part, Kehlani noted on her release stream on May 8 which had 217,923 views as of May 13th, “My favorite track on the album is the James Blake song, but I have multiple tracks. I love the James Blake track; I feel like it takes me to a whole other planet.”

She added, “The inspiration behind ‘Serial Lover’ was kind of like, dating a serial lover, and just allowing yourself to fall multiple times, over and over again, and not feeling bad about it, but just making your own rules about it. I think a lot of us have experienced getting into a relationship and trying to figure out what fits you, and what’s best for you, and what works. That means that you have to troubleshoot and try a couple times. That’s just kinda what that [Serial Lover] meant for me.”

Kehlani also noted, “This is a huge deal. This is a first for me… I’m just excited, and I feel like we got a big team win.”

Support from the masses has been plenty for Yogi, one of the producers behind Kehlani’s favourite track on her album. Since the announcement of his accomplishment, he’s received many congratulatory messages, among the most notable from Saint Lucia’s Prime Minister Allen Chastanet-“Johann has been a wonderful example to our youth, especially our local music producers and artistes on what you can achieve when you remain focused and dedicated to chashin your dreams and improving your craft;” and Leader of the Opposition Phillip J. Pierre who promised to add two of Kehlani’s tracks to his playlist, “Johann, rest assured when the album becomes available in the international markets, I will purchase my very own copy and add Serial Lover and Grieving to my playlist.”

The 15-track project is out now on all major platforms and boasts hits such as ‘Toxic,’ ‘Everybody Business,’ and ‘F&MU,’ with features from Tory Lanez, Jhené Aiko, Masego, Lucky Daye, and James Blake.

Yogi has a rich musical background – he’s the son of cultural and creative icon, Petronilla Deterville, who was an outstanding St Lucian gem in the field of music, education and the creative industries.

Yogi shared on his Facebook, “I appreciate the love for real… it’s overwhelming to be honest. This is all amazing but the greatest part about it is that I get to inspire the youth from my country and my village (Anse La Raye). I always talk about this, and that’s because it truly is important to me. I’ll do my best to keep inspiring.”