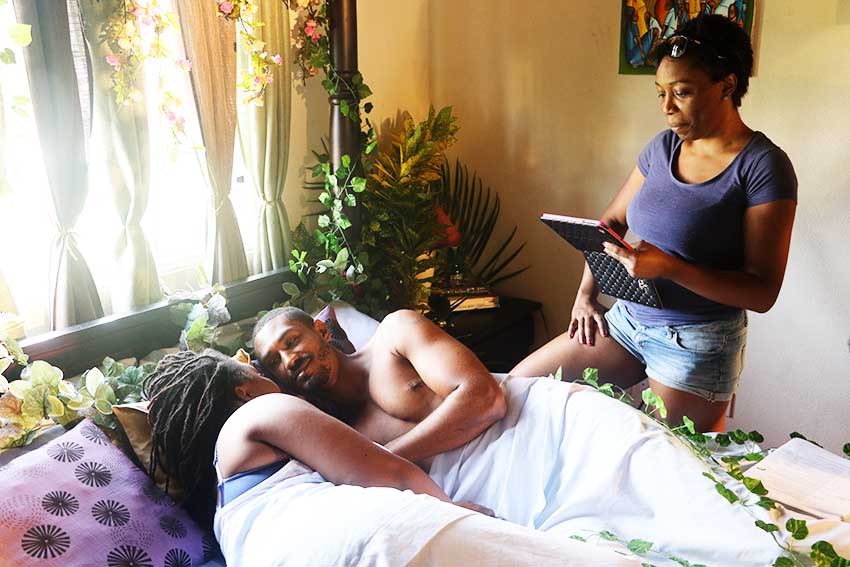 Davina Lee’s name is one of those that keeps recurring on the entertainment scene in Saint Lucia, and with good reason. This talented Saint Lucian creative has produced many short films, documentaries, music videos, commercials and even television shows. Among her notable achievements, she’s also visually interpreted the work of celebrated Caribbean poets, Sir Derek Walcott and Aimé Césaire.

Davina holds a Master of Arts Degree in Scriptwriting from Goldsmiths, University of London and a Bachelor of Fine Arts Degree in Film from the Miami International University of Art & Design. She has received a Cinematic Entrepreneurial Motivation Award (CEMA), from the United Nations Industrial Development Organisation (UNIDO) for her film The Coming of Org and a Screenwriting award and grant fromthe Organisation of Eastern Caribbean States (OECS) for her film The Knot.

When asked what she loved most about film making, Davina responded, “I love that it gives me an opportunity to create a new world, or to reflect my own. The possibilities are endless!”

As for her most memorable project?

“Each of my projects hold special memories for me. The memories that remain are the bonds formed and that have remained with the people who helped me to make my dreams literally come to life.”

As with most good things, we’ll keep this one short and sweet, while you check out some of her videos which are available on YouTube. Search ‘davinaleefilms’!