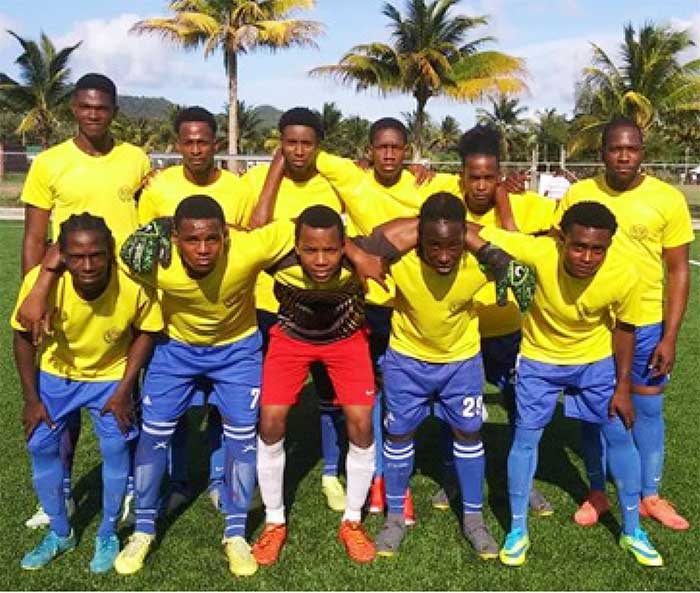 The first game featured the National Under 17 team coming up against 1987 All Stars (Anse La Raye) in what turned out to be a hard fought and physical encounter.

During the first half both teams were presented with numerous scoring opportunities which they failed to capitalize on as the half ended goalless.

Following the resumption, the Youth Team showing more determination and purpose opened the scoring with a goal by No. 9 Keagan Caul in the 51st minute. There was no letting up as No.11 Jahlil Evans made it 2 – 0 in the 88th minute.

As the momentum of the game seesawed back and forth both teams were guilty of squandering opportunities and the quality of play began to deteriorate.

However 1987 All Stars kept pressing forward and they were rewarded for their efforts with a penalty which was scored by No. 16 Mc. Arthur Louise in the 90th minute of play.

When the final whistle went it was a relieved Youth Team who walked away with the three points and a hard earned 2 – 1 victory to remain unbeaten.

Brandon Modeste wearing the No.10 Jersey shot T Valley into the lead in the 23rd minute of play as the half ended 1 – 0.

At the resumption, No. 22 Chris Thomas (Flow Lancers FC) scored an own goal in the 47th minute giving T Valley a 2 – 0 cushion.

Lancers was able to pull one back via the penalty spot with No. 7 Perry Simeon making no mistake in the 65th minute.

No. 5 Nilan William sealed the initiative with a goal in the first minute of added on time to give T Valley a rewarding 3 – 1 victory.