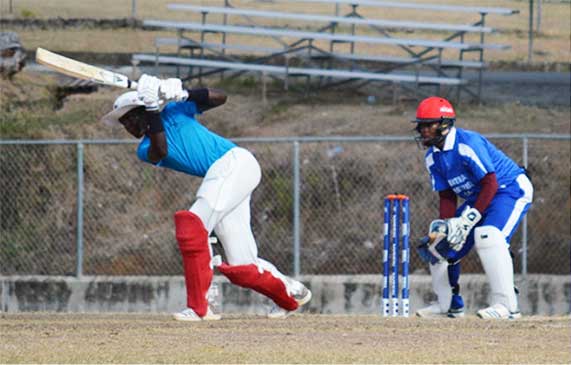 The announcement was made by the Chairman of the WICBC selection panel who has advised that the following players have been selected to represent the Windward Islands Volcanoes.

Las year captained of Melius Challengers to second place in the Gros Islet Cricket League; in the Babonneau Cricket League he averaged 104 runs in two matches; His Gros Islet Under 19 Cricket Team played undefeated and was victorious in the 2019 Inter District SLNCA Sandals 50 Over Cup for the third year.

Edward last played for the Windward Island Volcanoes against Trinidad and Tobago Red Force in Roseau, Dominica in 2019.

In a one on one telephone conversation with Saint Lucia National Cricket Association president Carol Henry, Kimani advised that he received the call from Windwards Acting CEO and Selection Panel Chairman, Dwain Gill, himself.

Kimani appeared relaxed, happy and in a positive, confident frame of mind as he was leaving for Grenada out of George F.L. Charles airport earlier this week to join the squad in training in Grenada.

President Henry was on hand to see him off with well wishes for the best.

The SLNCA took the time out to congratulate both Kimani Melius and Larry Edwards on being selected on the Windwards Volcanoes squad which currently sits No. 4 with 56.8 points, 2 points clear of the 5th place team Trinidad and Tobago Red Force on 54.8 points.