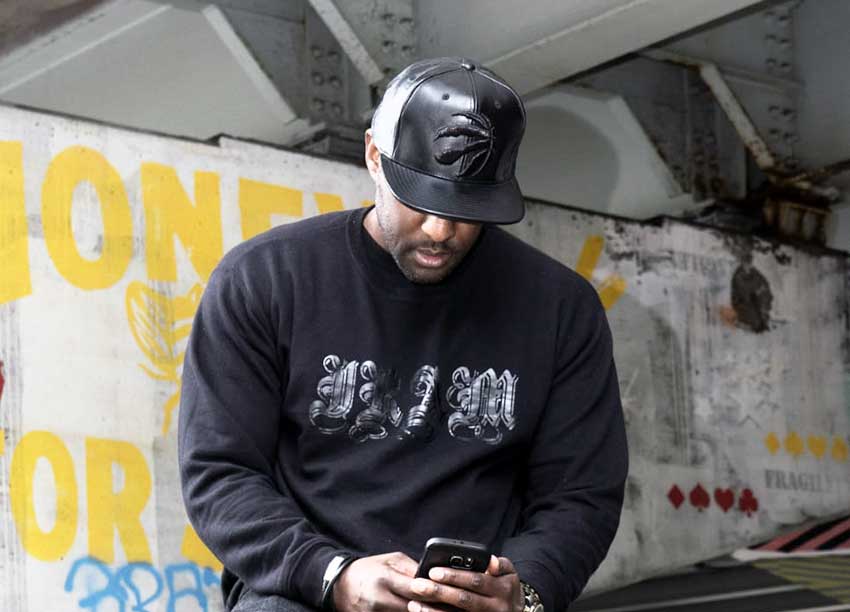 Relating to the deep meaning behind the name, Iram, the lost city on the Arabian Peninsula; often foretold as a mystical dwelling beyond words that was discovered in the 80’s and consequently taken out of the realm of fable and forged into history. –Straying from the ‘norm’ with original concepts, versatile flow, conscious thought and catchy hooks, Iram, born on the island of St Lucia, stays true to his name standing firm as a pillar amongst his peers. He is “…ahead of [his] time, so [he’s] not only first but [is] coming up next”. His distinct sound and creativity allow freedom to explore a variety of music genres, his preference being hip-hop. Diversifying, he is sure to keep you listening. With his assertiveness, Iram is here to let the world know, “playtime is over”!

Iram is currently signed to Legendary Entertainment for distribution and publishing. The artiste is currently working on his debut album which features head bobbin’ beats, composed by reputable established producers from all over the world. He incorporates versatile flows and innovative lyrics based on life experiences living in different places from the Caribbean to the U.S. to Canada. His passion for the art lets us know we can all expect much more to come, all different from the preceding album. With many diverse flavours, Iram is bound to get his message across and change the one-dimensional mentality of the hip-hop culture we are now familiar with. He is diligently performing at various locations and has had the opportunity to open for world renown reggae artistes such as Tanya Stephens, Tarrus Riely, Bennie Man, Demarco and St. Lucia’s very own Teddyson John. These opportunities enable him to relish in the rare opportunities of networking with promoters, DJs, other artistes and industry professionals. Collaborating with promotional companies to organise specialised events (i.e. Art Shows) incorporating his music while breaking through a different market of music lovers.

He has released multiple music videos such as Saviour, Labyrinth, Grind Mode (directed by HITT Media Group) and recently The One (directed by Untitled51) with many more to come.

Iram’s goal is to obtain a recording contract with a record company who is looking to earn a profit financially as well as socially. So, open up your minds and get ready because IRAM is about to take you on a lyrical ride.