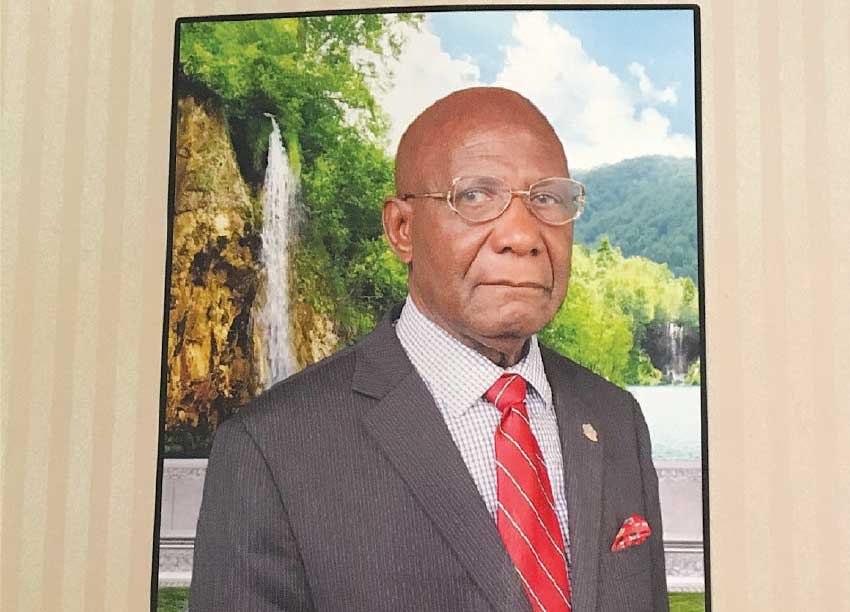 CHRONICLING their experiences in the political theatre is not something retiring local politicians are wont to do. They generally revert to former occupations or play high powered justices of the peace, endorsing and filing official documents for the citizenry in their former constituencies.

Not so for former parliamentarian, government minister for agriculture, forestry, fisheries and the environment and one-time consul general to the French Antilles, Cassius ‘Cass’ Elias, described by man of letters and former CARICOM diplomat Peter Lansiquot as “one of the very rare Saint Lucian parliamentarians… who have mustered the discipline and energized the inspiration to record their experiences of some very important aspects of our country’s political and economic development in a book”.

Cassius Elias’s voluminous publication (443 pages), is a very substantial account of the life of a man, a politician and a journey, which exposes

Elias in all his nakedness, literally (p. 15-18), as a child in rural Saint Lucia, in the pre- and post-1948 Great Castries Fire, growing into manhood, taking on the world in love, education, and the crucibles of business with crooked partners who shaft him in the end. The autobiographical narrative portrays Elias as a trailblazer in the commercial landscape, navigating a territory paved with challenges and hostility, typifying the frustrations of many a returning Lucian national intent on investing his ideas and resources. It presents too, on the political level, a bold, honest, revelatory and often damning account of encounters with players and associates that is bound to leave the reader dumbfounded. It evokes the feeling of the author as a political martyr in some ways.

Enough is Enough! – the battle cry that unwittingly and virtually launched him into the muddy waters of combat partisan politics in 1996 (pp. 219-232) – a departure from all he had previously stood against – is a powerful response to the oft-lamented lack of documentary legacy of erstwhile Lucian parliamentarians. It provides firsthand insights into the sweet and bitter of elective partisan politics, pointing out pitfalls which can serve for the enlightenment of prospective candidates as well as the current crop of politicians. It offers servings of the author’s perspectives on a range of issues, including his ideological preferences on politics and development.

Although coming after what is inadvertently its prequel – Parliamentary Speeches – 1997-2001 – the book provides the reader with an outline of the rigors of a campaign for Cass’s selection as a candidate and the widely unexpected defeat of the UWP by this novice in a John Compton stronghold of several decades.

All told, one gets a more than adequate appreciation of the enormity of the overall contribution to development and society Elias would have made had he been able to manipulate all the desired levers in the several dramas in which he was cast for the better part of his life.

Undoubtedly not all the characters cited in the sometimes polemical narrative by one who’s been to hell and back will feel comforted by what they read here. In it the writer affirms he may have “found the cause for which I fear no death” (p. 11). The reaction of some will indicate the level of maturity of our fledgling democracy!

Some obvious repetitions in content have been highlighted in a well penned ‘endorsement’ of the book by Lansiquot. That aside, some oversight in prooofing resulted in a couple minor imperfections worming their way through (not uncharacteristic of the increasingly popular self-publishing model), much to the chagrin of this writer, who did not have the opportunity to review the final document; some adjustments to the layout would have greatly enhanced the finished work, which is not to say the end product is any less weighty or valid.

Depending on which side of the fence one sits, Enough is Enough offers a profoundly relevant and timely testimony and study guide. Destabilizing and bluntly accusatory in parts, but in the final analysis, a takeaway from the book, if we will weed out corruption, nepotism, arrogance, despotism, mediocrity, intolerance, and divisiveness in our political ethos, has to be the inevitable exhortation, “There must be a better way!”

Due to the restrictions occasioned by Covid 19, a launching will take place via Radio Liberty FM and an abridged video version on social media this weekend. Copies at EC$47.75 are available at T & M Toy Shop & Bookstore, New Dock Plaza and 758 Books and from the author.
[Modeste Downes is a multi-award-winning writer/poet, editor/proofreader, book reviewer and freelance newspaper columnist. His books include ‘Phases’, ‘Theatre of the Mind’ and ‘A Lesson on Wings’.]