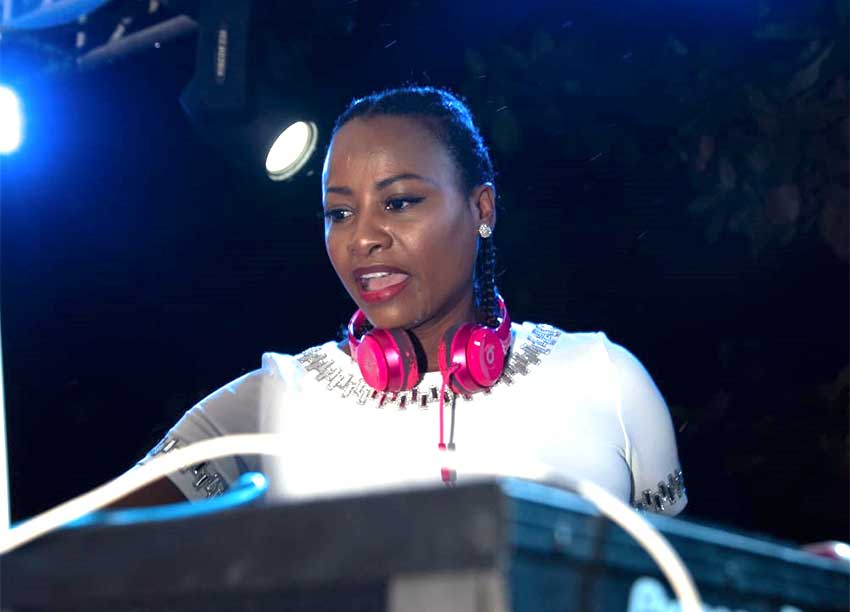 Inspired by ‘great women whether in the music industry or not’, Shurma St Clair also known as DJ ColayShan aspires to be the most talented female DJ in the world. In a fierce industry where image sometimes pays more than talent, she’s determined to be recognised for skill, above all else.

A Saint Lucian by birthwho resided in Saint Maarten for many years,ColayShan has been making the rounds on the entertainment scene. By now you’ve probably heard of her or experienced her versatile mixing at the hottest entertainment events.

ColayShanhas come a long way from where she started and has gained lots of experience along the way. To hear her play is always an inspirational experience, as her commentary on the mic is often a mixture of comical and motivational.

As she continues to learn and grow in her craft, ColayShan says her biggest accomplishment is the strength she’s developed as a woman in every aspect.

She didn’t always work full time in the entertainment industry though. ColayShanpursued a career in accounting for many years, until her love for music secured her a spot on the radio airwaves in Saint Maarten. Soon after, she became a regular on rosters of the most popular night clubs on that Caribbean island. Known best for her commanding voice and playful MC jives, ColayShan attributes her mixed cultures for her now established sound.

If not music, ColayShansays she would be a spokesperson for women. Her goal, even through music, is to shift perspectives and inspire people to live their best lives.

Colayshan recently made her debut to Saint Lucian radio on Real FM, and you can catch her on 91.3fm (north) and 91.5fm (south) during The Jump Off which is on between 2pm – 5pm. Keep up with her on Instagram ‘@colayshan’.