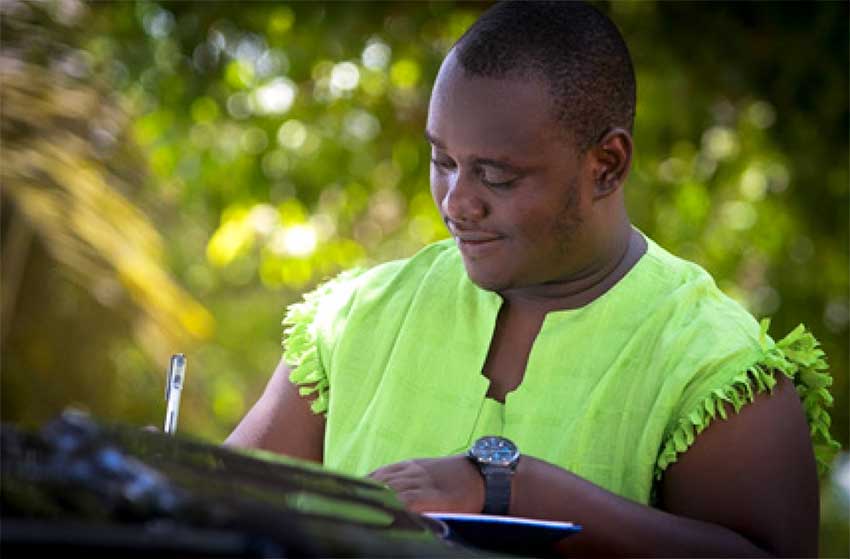 THERE is a common misconception that writing is easy but any true writer knows how daunting the task is. Moving from idea to the actual practice of writing takes an incredible amount of commitment, energy and focus. The task is doubly hard when there are naysayers whispering and, even hollering, words of doubt.

This article is dedicated to any St Lucian writer who has questioned their ability or wondered ‘what is the point?’ To that question, I rebuttal with one of my own – what if?

What if J.K. Rowling had not penned the idea for Harry Potter while she travelled via train to London King’s Cross in 1990? What if she had decided to shelf the manuscript when her pitch was rejected by publishers a dozen times?

What if Stephen King had not written Carrie, the tale of the tormented teenage girl who gets gruesome revenge on her bullying peers? What if, he had instead gave into doubt of the manuscript’s awesomeness and thrown it in the trash? Would the world have been subsequently thrilled by books such as Cujo, The Shining, It or the almost 100 horror stories he has written?

What if Ann Frank never wrote those daily diary entries compiled into the memoir, The Diary of Anne Frank, before she died? Would avid readers have ever realised the extent of the horrors the Jews went through while hiding from the Nazis during the Holocaust?

The answer to those questions is simple. Millions of people worldwide would not have had their imagination taken on such emotional and gripping adventures. All these people would have missed out on something great and the same is true if St Lucian writers do not cast their nets wide and tell their stories on an international stage.

As a writer, you are going to have bad wring days. Days where the words do not come or come with excruciating slowness.

No matter your circumstances, write. Even badly written words can be edited into something beautiful. No words always equate to a blank page.

Writers are a different kind of folk, no matter what part of the world they inhabit. There resides universes of infinite possibilities within their minds. They create new realities from just a thought.

The journey does not stop with writing, though. Do not deny the world the wonders that inhabit your mind, I implore you my fellow St Lucian writer. Share your work. Delight others with your words. Teach them something new. Horrify them and make them fall in love. Inspire them. Give them the escape from reality they need.

Hailcloud Publishing has created a platform for local writers to share their creations via digital book publication. When you are ready to share your stories, visit the website www.hailcloudpublishing.online, check out the company’s Facebook page @HailcloudPublishing or send an email to hailcloudpublishing@gmail.com for more information.