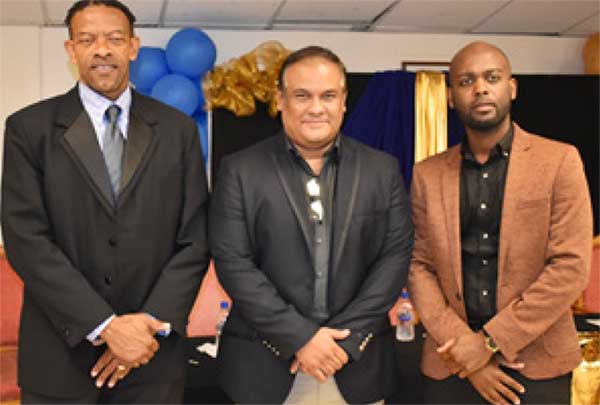 On hand for the occasion was President of the SLNCA Carol Henry and other executive members; CWI Vice President Dr Kishore Shallow; immediate past president SLNCA and a Director on the West Indies Cricket Board Julian Charles; Guest Speaker and Regional Public Relations Manager at Sandals Sunil Ramdeen, former Windward Islands player and current Windward Islands Under 15 coach John Eugene, nominees/awardees, specially invited guests to include parents and members of the media.

Among recipients of awards on the evening were youth cricketer Kimani Melius presently playing for West Indies in the Under- 19 World Cup in South Africa, former West Indies players Qiana Joseph along with Johnson Charles.

SLNCA President Carol Henry provided a comprehensive review of 2019 and highlighted outstanding performances by teams and individuals throughout the year.

Looking ahead to 2020, Henry said, “We have completed an SLNCA calendar of events which seeks to augment the amount of cricket played during the year and enhance efficiency which will redound to capacity creation. This will require collaboration and support from all stakeholders from logistics as well as funding standpoints”.

He continued, ”Given our failure to make selection on the Windward Islands men’s team and to prevail at the Under 19 and Under 15 Windward Islands tournaments, the focus is to have more cricket by way of a Senior Men’s two day format and T20 format and an Under 19 two day tournament. We feel this is urgently needed to drive our players’ improvement needs”.

Henry also spoke of maximizing the use of the Sports Academy at the Gros Islet Secondary School, the only facility in the Windward Islands with combined disciplines, cricket included.

“We are most thankful to our Saint Lucia government for this development and we will seek to leverage accordingly,” he said. “I have had an insightful discussion with the Coach, former National and Windies player, GareyMathurin who advised that the current registration of cricketers stands at eight male and one female youth player. They are required to maintain GPA (General Performance Average) levels to remain in the programme”.

Regarding Insurance Cover for players, he spoke of pursuing a joint/consolidated approach to have all sporting disciplines onboard to increase the pool of registered participants to reduce premiums.

CWI Vice President Dr Kishore Shallow while addressing the gathering noted, “One of the things CWI President Ricky Skerritt and myself have been attempting to do since taking office in March 2019 is to ensure that we interact with the various stakeholders, for example corporate partners like Sandals, supporters, players and the media – we all have our role to play”.

“The focus of CWI over the last few months has been placing emphasis on youth and development. We have started seeing progress where this is concerned. Our Under 19 boys, despite not winning the World Cup in South Africa, our performance was a 9 out of 10. We lost one game and we placed 5th compared to the previous World Cup in New Zealand where we placed 10th. It’s a remarkable improvement that was a result of investment; running a comprehensive programme leading up to the World Cup. I must say Saint Lucia’s ambassador, Kimani Melius led the team with great pride”.

“In addition to the youth, the female component of the game is where we need to invest more. I have it said it publicly before, I think we’ve left our females behind for far too long and I am happy President Skerritt has committed to playing catch up to accelerate the female programme so they too can be on the global stage with pride.”

Dr Shallow said, “I was really happy to see some really talented young ladies in the Windwards Tournament; it’s nice to see this sort of talent coming out of female cricket. I am excited now to see what they are going to do in the CWI Senior Tournament in March. That is the time where individuals will be putting their hands up and aiming to make the West Indies team.”

Guest speaker Sunil Ramdeen congratulated the newly elected president and his team and wished them great success moving forward. He also thanked outgoing President Julian Charles for the tremendous job he has done in facilitating the partnership with Sandals Saint Lucia.

Ramdeen said, “Sandal’s relationship with cricket in the wider Caribbean and more specifically in Saint Lucia is not a new one. Not only have we previously sponsored the West Indies senior team, for the past 20 odd years we have partnered with the SLNCA to host the Sandals Cricket Academy. Two years ago, we took things one step further when we became the official sponsor of the National under 19 cricket tournament.

“I dare say that has been a tremendous success. It speaks directly to our commitment to invest in cricket at a developmental level, which was made possible by the excellent support of the SLNCA executive and cricket stakeholders. We also sponsor the Under 19 and other tournaments in Jamaica and I am speaking right now with persons in Grenada and Barbados to see how we can expand to those territories”.

According to Ramdeen, “The goal is to take the game to another level and in doing so create the opportunity for our players to enhance their game and gain further exposure. I recall having a chat with CEO of CWI Johnny Grave a couple of years ago and he was telling me of the need to create more opportunities for young cricketers that would set them upon a development path, making it possible for them to be selected to not just national, but regional sides, whether it be Windward Islands or the West Indies”.