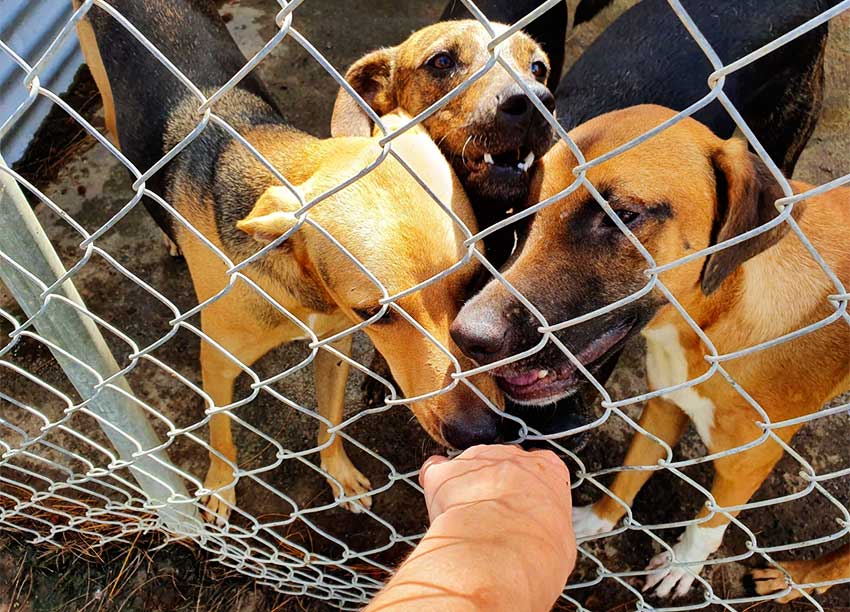 WITH a mission to work for the welfare of animals, the Saint Lucia Animal Protection Society (SLAPS) cares for sick, injured and otherwise vulnerable animals. The non-profit organisation was established in 1998, and since then they’ve focussed on reducing the population of stray animals on the island, in addition to educating the public on how to care for, treat and look after animals in the right way.

In 2016, they were able to set up a permanent home/clinic, with a surgery being implemented for the purpose of spaying and neutering stray animals. This effort is in addition to feeding and caring for stray animals, and responding to calls and messages from members of the public often reporting sick or injured animals, or puppies and kittens in particular that have been dumped by humans and left to fend for themselves.

Prior to renting out the clinic, SLAPS volunteers would foster animals in their own homes.

This week, SLAPS announced that they had received an eviction notice for the premises on which they operated, as the building had been sold. With 80 dogs still in need of a home, their statement issued to the media contained a desperate plea for help:

“The building which houses the Saint Lucia Animal Protection Society (SLAPS) centre at Massade, Gros Islet has been sold, resulting in an eviction notice being served with the requirement that the building be vacated by the 28th February 2020.”

“We currently have around 80 dogs there that we are actively trying to rehome. SLAPS is a non-profit organisation run by volunteers and reliant on corporate and private donations to sustain their operation which is simply to save and rehome abandoned dogs. Dogs that have been mistreated, injured, starved or left to survive the best way they can. Most of the dogs we rescue are spayed/neutered, vaccinated and brought back to good health before we seek a good home for them.

“We need help urgently, to find a suitable property to accommodate these unfortunate animals or funds to enable us to do the same. This can be land or an old building preferably away from built up areas but not too remote as we have volunteers who need access. Do you know of a suitable property that we can use, can you help?”

In addition to helping SLAPS find a new home, Saint Lucians are being encouraged to consider donating, volunteering or fostering a pet. According to SLAPS, “We need everyone’s help to pull off a miracle before time runs out.”