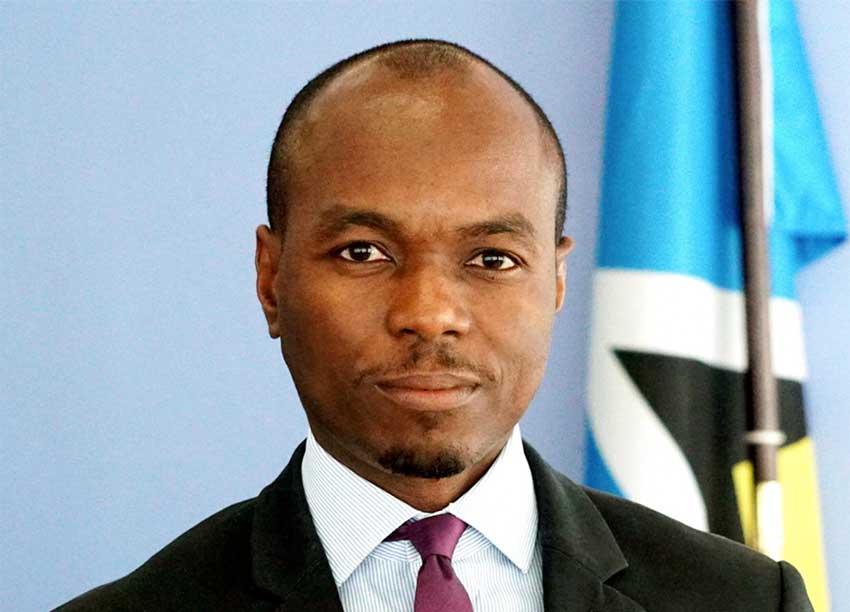 ACCORDING to Dominic Fedee, Minister of Tourism, Information and Broadcasting, 2019 has been a most exceptional year for Saint Lucia in the area of tourism. At a press conference yesterday, Fedee remarked, “We have broken a record for the first time in the history of recording tourism statistics in our country. We have recorded over 400,000 stay over arrivals.”

The Minister said that he dedicates this achievement to everyone who has participated in the continued growth of Saint Lucia’s tourism product. He stated, “I want to take this opportunity to congratulate all the outstanding industry workers in the private sector and in the public sector; all of the people who have toiled assiduously to ensure that Saint Lucia remains at the top of the tourism destinations in the Caribbean.”

In highlighting this achievement, the Minister reiterated, “I am full of praise, gratitude and admiration for the work of the thousands of tourism workers, whether they are vendors, taxi drivers or immigration officers… it is with profound thanks and congratulations that I make this announcement and dedicate this success to all of you for your outstanding contribution to our sector.”

He said Saint Lucia’s achievements in the tourism sector was a great inspiration for all Saint Lucians going forward in relation to some of the things the Ministry of Tourism was doing to advance the Saint Lucian tourism product.

Fedee also announced that there had been an uptake in 2019 in the number of Saint Lucians who expressed an interest in tourism. He said that dozens of local companies had already benefited from the concessions regime of the Ministry of Tourism. On that note, he took the opportunity to encourage greater participation from locals in the tourism sector.

Fedee remarked, “I want to use this forum at this juncture to also encourage more Saint Lucians to participate in the tourism sector. You don’t have to be a big hotel to benefit from the concessions. Once you have six rooms or more the present legislation allows you to apply and to get access to the concessions for construction of a tourism facility; whether it’s a restaurant, a tour business or a small bed and breakfast.” He stressed that the opportunity existed for everyone.

He also noted that the Ministry of Tourism was moving “full steam ahead” with its village tourism programme in giving direction to the estimated 700 Saint Lucian lodgings that were already selling their products to stay-over guests.

He said these lodgings accounted for about 20,000 arrivals that come to the island’s shores. In relation to this Fedee remarked, “That number is growing faster than the traditional hotels. It means that local participation is growing at a faster rate than foreign investment, and we like to see that trend.” He said that it was a great indication of the Ministry’s dedication for including Saint Lucians in the thrust for advancing tourism.