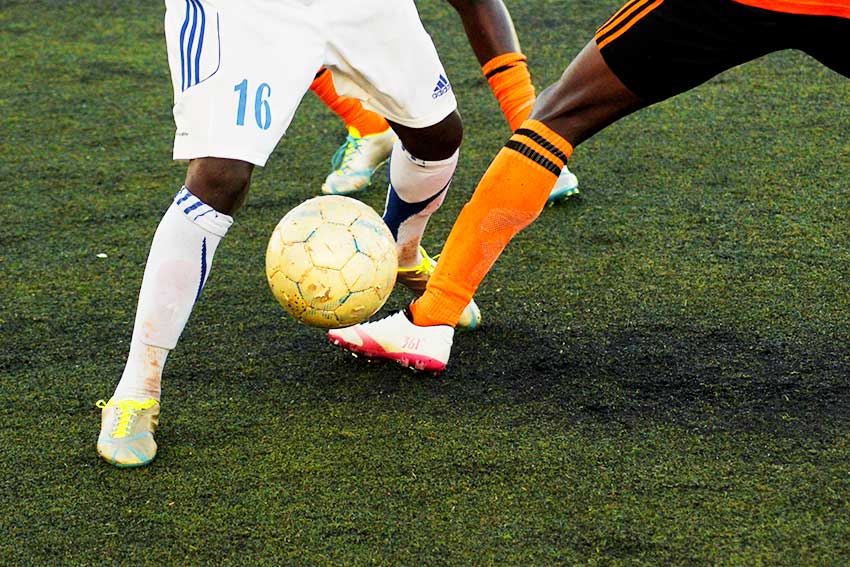 THE Saint Lucia Football Association Inc. is continuing with its preparation to launch its Adopt a Secondary School Football Development Programme which is scheduled to kick off later this month.

To this end, it held another planning meeting on Monday 6th January 2019 at the SLFA’S Headquarters in La Clery with the coaches who will be involved in the execution of the one year Pilot Programme. The coaches were brought up to date with the developments thus far, by the SLFA’s President, Lyndon Cooper and Programme Coordinator John Sealy.

Towards the end of last year, both the SLFA’s President and Programme Coordinator met with the principals and physical education teachers of the schools involved in the programme to further appraise them and receive feedback on the way forward for the successful implementation of the programme. Thus far the feedback has been very positive and everyone is looking forward to its implementation.

Sessions will be held four times weekly at each school, – twice for the males and likewise for the females. These will be conducted at a time period following consultation with the principal and the coaches.

The SLFA will provide the equipment required to run the programme at each school, and thus far these include 10 footballs, 20 markers and 11 bibs. Cones will be provided at a later date.

In addition every school will receive a set of uniforms inclusive of shirts, pants and socks for eighteen players.

Below are the list of schools enrolled in the programme and the coaches assigned to them. The designated coaches for the AnseGer and Clendon Mason Memorial Secondary Schools will be named shortly.

The Adopt a Secondary School Programme is being funded in its entirety by the Saint Lucia Football Association (SLFA) Inc.