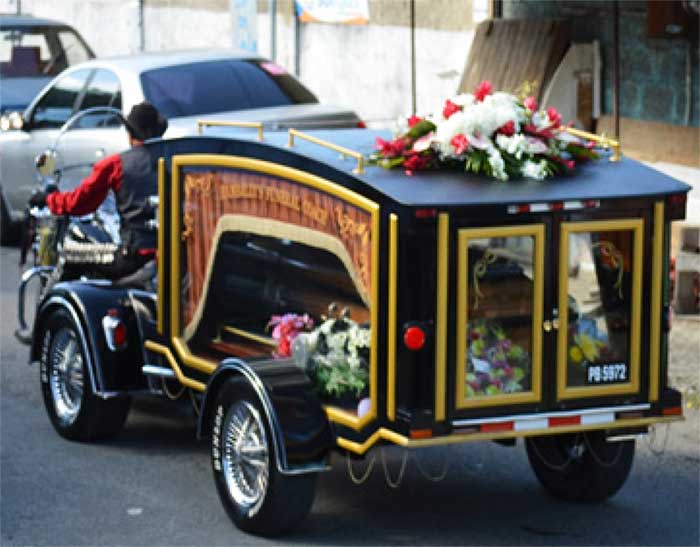 THE good die young but the great always leave their mark. Gone is a great coach, a good friend: the football fraternity has lost a flower that bloomed over the years. A man who worked with a number of aspiring male and female footballers within the Marchand community.

Those were some of the sentiments expressed on Saturday afternoon at the Mindoo Phillip Park when youth football coach Cassius Glasgow, affectionally known as “Cassi Boom” was laid to rest. He was murdered on Monday 6th January 2020.

Hundreds came from near and far to pay final respect/tributes to a man who unselfishly gave his time and life to youth football by coaching a number of aspiring young boys and girls within the Marchand community. Some of those present included parliamentary representative and Leader of the Opposition, Phillip J. Pierre; Senator Fortuna Belrose; Saint Lucia Football Association Inc. President, Lyndon Cooper as well as the Association’s executive; President of the Marchand Football League and executive; the Glasgow family; the young aspiring footballers which Cassius coached and friends.

The Eulogy was read by a family member, Louanne Glasgow who in her opening remarks quoted Mahatma Gandhi when she said, “In a gentle way, you can shake the world”.

“Those who knew Cassius or encountered him in any way knew that he was able to achieve great things; he imparted lives through gentle, persistent and steadfast application,” she said. “Long before he became the world’s ‘Cassy Boom’ or ‘Coach’, he was his family’s ‘Cacai’”.

“The soft spoken, kind hearted boy who once crashed a vehicle swerving, trying to avoid hitting a bird, embraced the meaning of family on perhaps a much deeper level than most of us. Whether it’s been a month, a week or three years since he had last seen you, he would never introduce by name but by relation; ‘that’s my bro’, ‘that’s my cousin, my sister, my niece’”.

“As a child, his modest stature and reserved disposition masked his incredible hunger for life, and food. The general ration for distribution of bread for each Glasgow child to Cassius was 1:2 without fail”.

“While many children shy away from hard work, Cassius embraced it,” she reminisced. “He was always willing to lend a hand around the family home, even stepping in as a baker at the family business.”

“Cassius simply could not sit still, even in adulthood when that leg started to twitch; he had to get something to do.”

“The intrinsic sense of caring and passion for helping others, was a seed planted in him perhaps before he was conceived. He guided his siblings, cousins and friends and served as a protective knight in shinning amour to his ‘big sis’”.

“He never excluded anyone; he displayed so much consideration, even in everyday, casual conversation. He would seek subtle consensus from all involved, with his ever frequent, ‘You check it’”.

After that it was time for the first scripture reading, taken from Psalm 90 verse 1-12 and read by Cyriacus Glasgow, Cassius’s son; while the second scripture was taken from Revelation 21 verse 1- 8 read by Richie Brown.

The voices of hundreds of individuals could have been heard in the distance singing songs including, ‘Does Jesus Care’, ‘Amazing Grace’, ‘It is Well with my Soul’, ‘When the Roll is Called up Yonder’, and other hymns.

The main biblical message of the day came from Pastor Marcellus Henry of the Deliverance Baptiste Church in Ciceron. Henry recalled Cassius growing up in the church as a young boy.

Henry’s scripture reading was from Psalm 90 verse 12 which read: “So teach us to number our days that we may apply our hearts unto wisdom.”

Pastor Henry said according to the Psalmist, “It’s knowing how to live our lives and his prayer is that God will teach him so that he will know how to conduct his life and how to live wisely. It is very important for us to understand this. As you know, the reason we are here this afternoon; our life