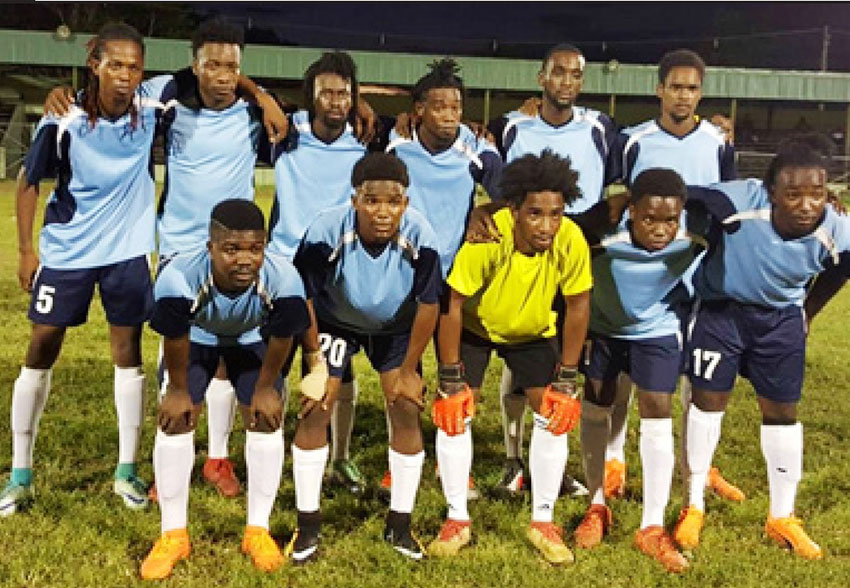 The Saint Lucia Football Association (SLFA) Inc in collaboration with the National Lotteries Authority will tomorrow stage the semifinal of the Island Cup at the Gros Islet playing field (GIPF).

Based on the team rankings at the end of the preliminary round of the Championships, tomorrow supporters of the various teams will be treated to some exciting football action in the following match ups.

From 5.00 p.m. in semifinal No.1, Vieux Fort South (VFS) plays Mabouya Valley, the last time the two teams played each after VFS won 5 – 1

Emmanuel Belase, Head Coach for the Vieux Fort South team spoke to The VOICE about this weekend’s all important match, this was what he had to say.

“Vieux Fort South has had it rough in the quarterfinal round of the tournament. We have rallied that storm and are now ready for the bigger battle. “Our expectations are to be one of the finalists on Saturday 21st December. However, we are not going into the game based on our name or past performance. There is no time for complacency, no underestimating any team but allow our performance on the day to carry us through”.

The VOICE spoke to Mabouya Valley Head Coach, Uranus Jn Baptiste. This is what he had to say.

“I don’t setup my team to look for key players. I devise a game plan according to the strength of my team and hoping that they can execute and get a victory. We played VFS in the second round and they were victorious 4 -1, however, I have had time to reflect on that game and this time around it will be a different approach with tactics. In terms of injuries, we have had a few concerns from the last game, but the team has players that can always step in when called upon”.

Jn Baptiste final comment, “I always say the game of football is a funny sport; the game is played on the day. May the best team win”.

At 7.00 p.m. tournament leaders Gros Islet who finished the preliminary round with 16 points, three points clear of the fourth place team and defending champions Marchand, will go head on for a final spot.

The VOICE spoke to President of the Marchand Football League, Christopher Clarke. This is what he had to say.

“Marchand is confident that we can pass Gros Islet in the semifinal as only a penalty kick separated us in the Group stage match up.

“Led by skipper Ferguson St. Clair and the inform Lincoln Phillip, Marchand will endeavour to take the fight to Gros Islet on their home turf”.

“We did have a few drop outs due to injury and family issues; however, we do have some true soldiers grinding till the end, who will be satisfied with nothing less than a full defence of the island cup”.

President of the Gros Islet Football League, Shayne Paul also weighed in on the semifinal showdown between defending champions Marchand. This is what he had to say.

“It’s going to be a good encounter between the two teams; when we played Marchand in Vieux Fort they defeated us in Blackheart semifinal; the following year Gros Islet defeated them in a third place playoff; we also beat them 1 – 0 in the group stage of this tournament so you can basically say they will be gunning for us on Sunday”.

“We have the home advantage and with the current form and the development aspect we have done over the years within the Gros Islet area has been tremendous. Our form in the Island Cup has been good; we have lost only one game, 3 – 2 to Mabouya Valley; we are ready to go”.

“It’s a tournament we need to win, we have put a lot of effort into our development and into what we are doing, so the technical staff expect the players to go out there and give of their best. I know both teams will be coming out full of confidence”.

“We won’t be complacent; Marchand is a very good team, they have the experience striker Lincoln Phillip up front, they are a good opposition, and we are not going underestimate them at no time”.