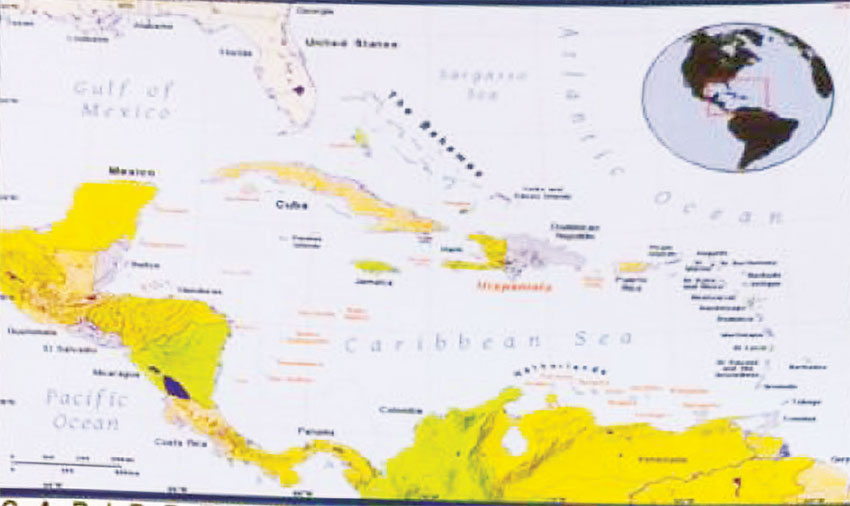 Vivid, captivating, and scintillating are just three of the many words that could be used to describe this novel. The author takes readers on an eye-opening journey through the region’s dark and bloody slavery and colonial past to its challenging and uncertain present. In telling this tale, he lays bare the myths and preconceived notions surrounding the “paradise” chain of islands.

And just when you think you can exhale from this fast-paced adventure, Theobalds’s sober, informed opinions on their future(s) force you to re-examine what you think you already know about them. His analysis of the problems plaguing the islands’ economies, though debatable, are thought-provoking. The solutions he offers to those problems are just as interesting. In concluding, he quotes Bill Clinton, a former president of the United States, to stress the need for the islands to work together: ‘“…Caribbean islands have no choice but to work together…”’ And in his own words: “…And there is a clear need today for a Caribbeanwide initiative, probably starting with travel and trade, aimed at making the region more integrated and significant in the matters that determine its future…”

“Our Caribbean” is a must-read for anyone interested not only in history and current events, but also in what gives individual nations and regions their “soul”.

But Who is Bernard Theobalds?

Bernard C. Theobalds was born on the 21st day of November 1945 at Morne du Don in the

Quarter of Castries, the third of seven children to Fitzroy and Adrienne (nee Dolcy of Garrand, Babonneau) Theobalds. He attended the Castries Anglican Infant and Primary Schools and went on to the St. Mary’s College where he excelled.

In 1965 he won the St. Lucia Island Scholarship and headed to the University of Glasgow to pursue the BSc in Electrical Engineering. He joined the Commonwealth Development Corporation in 1971; and before returning to manage LUCELEC worked in St. Vincent, Dominica, and Montserrat in management positions.

In 1995 he was awarded the Order of The British Empire (OBE) by the Government of Saint Lucia for Services to the Power Sector.

Today, after 26 years of service, he lives in comfortable retirement in Coubaril and a few years ago authored his first book “Landing on Solid Ground” – a personal journey through the Commonwealth Development Corporation (CDC) – Managed Electricity Enterprises in the Caribbean over the period 1971 – 2003.

In 2016, the Government of Saint Lucia further awarded him the Medal of Merit – Gold for Services to the Electricity Sector.

His latest book “Our Caribbean – A journey through the Mysterious Antilles – Past and Present” will be launched on Saturday December 7th 2019 at bay Gardens Conference Centre, Rodney Bay.