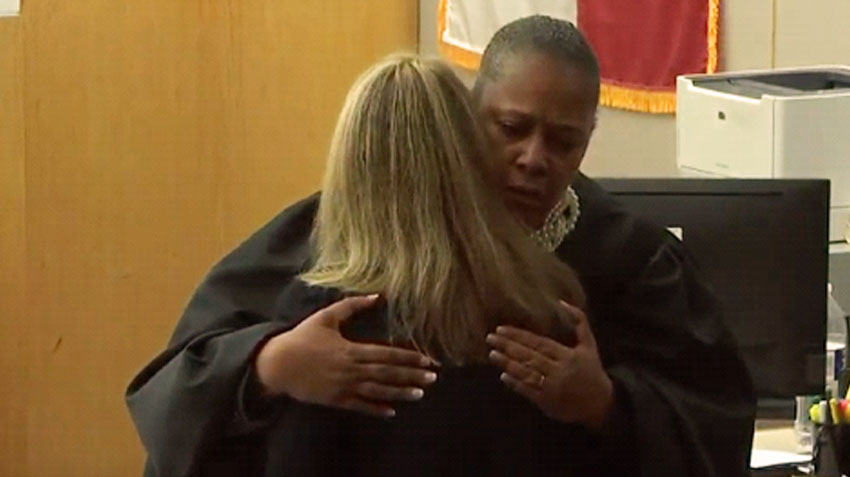 I always had the gut feeling that the white police officer who shot a black man stone-cold dead in Texas would have got off lightly. But I grossly underestimated how much of a tap on the wrist she would’ve got.

I expected her to be found guilty and charged with murder. And when it came to sentencing her to between 5 and 99 years, my rough estimate of normal Jailhouse arithmetic concluded she would most likely be given what an American lawyer friend usually describes as ‘a quarter of the max’ (about 25 years in this case) and she’d walk free after serving 10. But, like most, I was wrong.

Following the sentencing in this case the expected uproar in America’s Black community, amber-coloured appeals for peace and reconciliation from White America, differing legal and judicial interpretations of ethnic application of laws and statutes, retrospective justifications and explanations of actions and statements — and with more protests and arrests to follow.

Perhaps the most telling story told in that Texas courtroom in the Botham Shem Jean murder trial that night was the unexpected drama that unfolded when Brandt Jean, brother of the murdered victim, sought and got the judge’s permission to state his case: of love and forgiveness for the woman just sentenced for killing his brother in his own home while watching TV and eating ice cream after a hard day’s work.

Brandt told the world that forgiveness is what his deceased brother would have most wanted for his killer and would have asked her to ‘Give her life to God’ while behind bars. The bereaving brother proceeded to give the sobbing killer of his kith what is already being touted by the mainstream media the world over as the Sentimental and Emotional Hug of the Century.

Chills ran through me like a live wire when the actual sentence was announced. Ditto when Botham’s brother hugged his brother’s killer. And when Botham’s mom took the public stand.

Listening to Alison Jean address the US press after her son’s killer was kissed on the cheek by the American justice system, I strongly felt her original thoughts for delivery had to be re-shaped (by the unexpected actions and statements of her dead son’s own brother in the courtroom) into what we actually heard. The forgiving kin admitted during delivery that he had not shared his amber feelings (which certainly helped Guyger and will help even further should there be any appeal) with his family.

Nevertheless, the mourning mother did warn Texans that while she cannot clean-up the US justice system or do anything to bring her son back, she will be leaving their state (to return home) and they will still be facing and living with a judicial system fraught with the types of exposed excesses that eventually led to her son’s death.

A seasoned public officer with decades of experience here, Allison the Mom carefully selected her words, but her message was clear: While she did not wish her son’s killer would rot in jail, she mourns the fact that the police officer who killed her son wasn’t trained not to shoot suspects in the chest.

The Amber Guyger Trial will continue to live on very long after the young man’s death and his killer’s eventual release. Discussion will continue across America on how Uncle Sam deals with cases involving cops killing Blacks, be they Black or White. There’ll also be much discussion in today’s sickly ‘politically correct’ society over the interpretive legal propriety or impropriety of the judge handing her bible to the sentenced killer before exiting the court to start serving her short sentence.

But given no end in sight to Blacks and Minorities continuing to be the worst and first victims of the American injustice system and that the Botham story has been turned by his brother and the accompanying accolades into the stuff movies are made of, it can also eventually become more of a fabled romantic fairytale as that of Prince Charming awakening the Sleeping Beauty and less of another lesson in the lamentations of why it’ll always be necessary to remind Trump’s America that Back Lives Matter.

Given the number and rate of current murder cases piling-up here, it will also be more important for the right lessons to be drawn from the Guyger case about how cases involving police shootings are handled, instead of people seemingly only more concerned about speculating about the possibility of an eventual hit-movie romantic ending, should Botham’s brother marry Amber, without anger, even while doing the time for her crime, in his dead and forgiving brother’s name.

Seriously though, ours aren’t police cases involving races. But we’re surely in a race against time — even rowing against the tide — when it comes to our own appreciation of the value of a human life and the cost to each family that loses one.