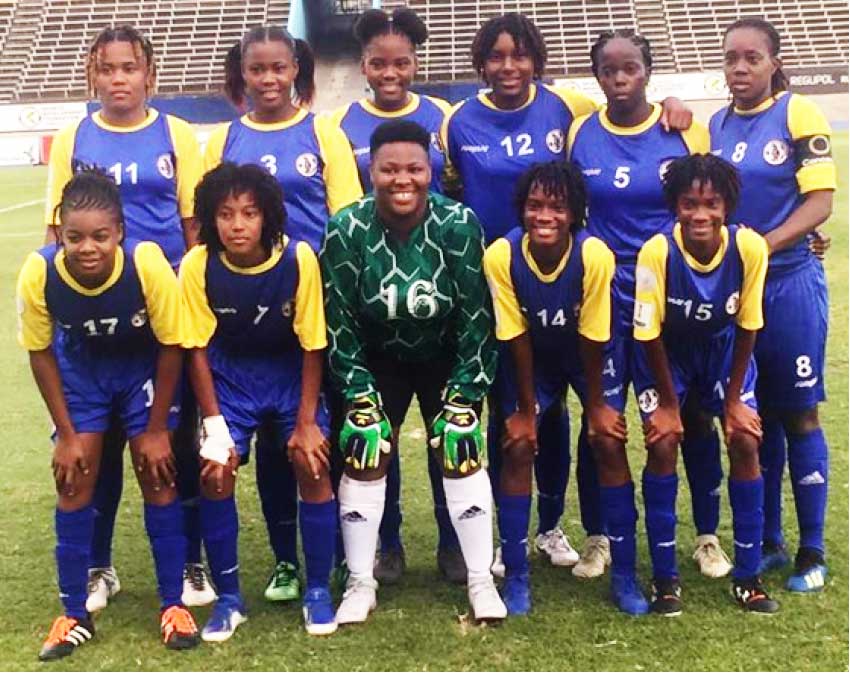 Saint Lucia has been drawn in Group B along with Barbados, the US Virgin Islands, Cuba and host nation Jamaica.

The VOICE spoke to assistant coach of the Saint Lucia team, Emmanuel Bellas ahead of Saint Lucia’s game against Jamaica. Bellas said, “Looking at the game against Jamaica we have realized that they are a well-oiled and organized team. They create a lot of mobility, so we know that we are in a tough fight. We are hoping that we can contain them as much as possible.”

The Saint Lucian team defeated the USVI 4 – 1 with two goals from Under-20 player Cassandra Shepherd; the other goal scorers were Under-17 captain Krysan St Louis and IllanaLashley.

This is St Louis’ second goal of the tournament and Shepherd’s third. They scored one goal each against Barbados on Monday.

Bellas spoke about Saint Lucia’s victory against the USVI. “Even after our loss against Barbados 3 – 2 on the opening day, the team has not lost its spirit. They were disappointed in the manner we conceded the three goals but realised there was defensive strength in the team. So they approached the USVI game in positive spirits,” he said.