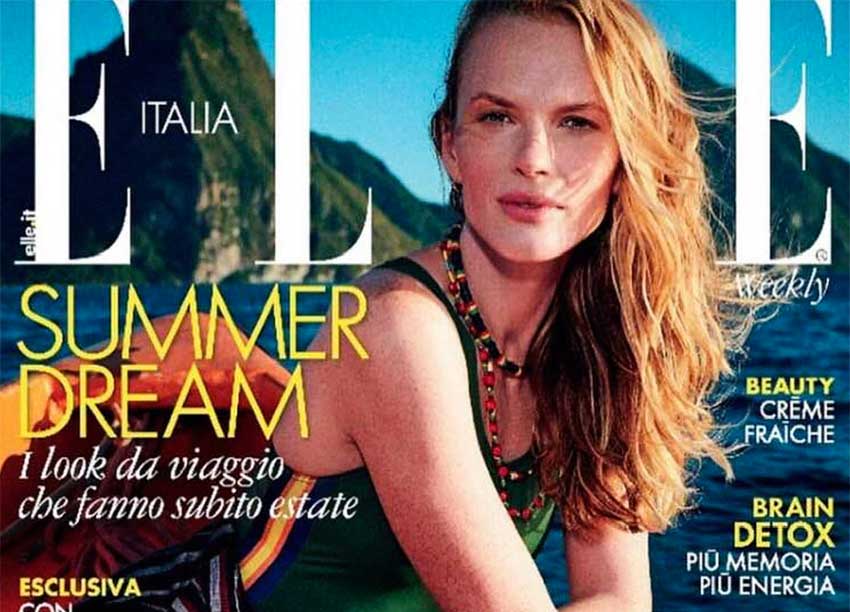 Saint Lucia is proudly featured on the cover of Elle Italia, the international magazine.  Elle Italia is the Italian edition of the French magazine Elle which focuses on fashion, beauty, health and entertainment.

Elle’s production team is no stranger to the island. Elle has filmed here on two previous occasions. During this current shoot, the team focused on capturing hidden gems, which are off the beaten path, including Toraille Falls, Soufriere Bay, Gros Islet Town, AnseGalet, and AnseMamin.

We Value the association of our Saint Lucia brand with world class media partners.”

Elle’s feature on Saint Lucia will also be circulated in12 other international versions of the magazine around the world.

Saint Lucia recently made the cover of other international magazines including Today’s Bride and Sports Illustrated.