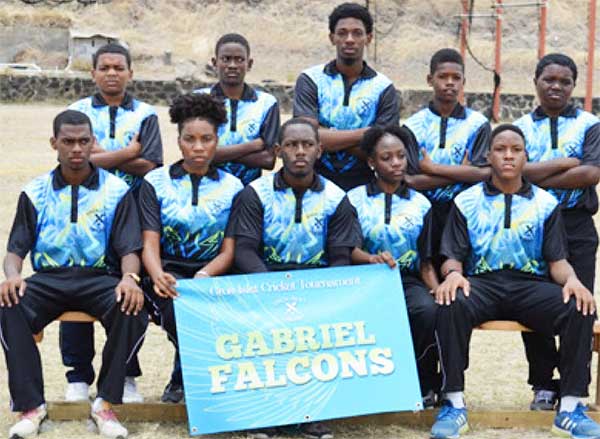 THE Gros Islet Playing Field (GIPF) will come alive tomorrow evening when the Gros Islet Cricket Association in collaboration with the Parliamentary Representative for Gros Islet, Lenard Montoute sponsored 50 Overs Cricket Tournament resumes with the second game of the tournament between Gabriel Falcons and Edward Blasters.

Tomorrow’s encounter which bowls off from 5:00 p.m. will see a number of Saint Lucia’s national Under -19 and Senior players in action.

In the tournament opener played on Wednesday 15th, Melius Challengers (Kimani Melius) defeated Goodman Warriors (Tyrel Chicot captain in the absence of Jard Goodman). Scores in that encounter: Goodman Warriors 120 all out in 27 overs with Kevyn Arnold top scoring with 29, Tyrel Chicot 22.

Bowling for Melius Challengers, Ryan Goodman took 4 for 17; Tarrick Edward 2 for 22; Sanjay Hayle 2 for 25 and 1 wicket for Jeremiah Charles.

Requiring 121 for victory, skipper Kimani Melius made 51, Bolton Sayers 26, Dominic Auguste 12 not out and Noelle Leo 10 not out.

Bowling for Goodman Warriors, Chaz Cepal 3 for 21; Qiana Joseph 2 for 16; and 1 wicket each for Tyrel Chicot and Zephaniah.

Meanwhile, on Sunday 19th, two Developmental matches were played at the GIPF. In the first game of the day, two age group teams (Under-13 and Under 15 females), played each other in a 20 over a side match.

The teams were led by National Under- 15 player Khan Elcock and Windward Islands Under – 19 female player Zaida James.

Zaida James’s team batting first made 138 for 7 in their allotted overs with Niesha Cherry making 16 not out and Cleyanus Jules 14.

The wicket takers for Khan Elcock’s team were Sam Mayers with 2 wickets and 1 each to Tori Polius, Ashton Alexander and TaricCoeuer.

In reply, Khan Elcock’s team was dismissed for 100 in 18.1 overs with TaricCoeuer making 39 and Tori Polius 16.

The wicket takers for Zaida James’ team were, Clery Anus Jules with 3 wickets, Jeremiah Fedee and Theo Edward with 2 wickets each and 1 wicket each to Kensely Paul and captainZaida James.

In the second game of the day, two age group teams aged (14 and 15 Females) played each other in a 35 over a side match.

Tarrique Edward’s team batting first made 169 all out in the 35th and final over of their inning with NeanDeterville contributing 36, skipper Tarrique Edward 17, TaricCoeuer 14 and Ryan Goodman and Eddy Sydney with 10 each.

The wicket takers for QianaJospeh’s team were Lee John with 5 wickets, Zaida James with 2 and 1 each to Dari Greene, Shahid Roberts and Captain QianaJospeh.

In reply, QianaJospeh’s team was dismissed for 149 in 22 overs with Dari Greene making 26, Noelle Leo and QianaJospeh with 14 each and 13 to TaricCoeuer.

The wicket takers for Tarrique Edward’s team were Royce Paul with 7 wickets, Ryan Goodman with 3 and 1 each to Captain Tarrique Edward and Sanjay Francis.