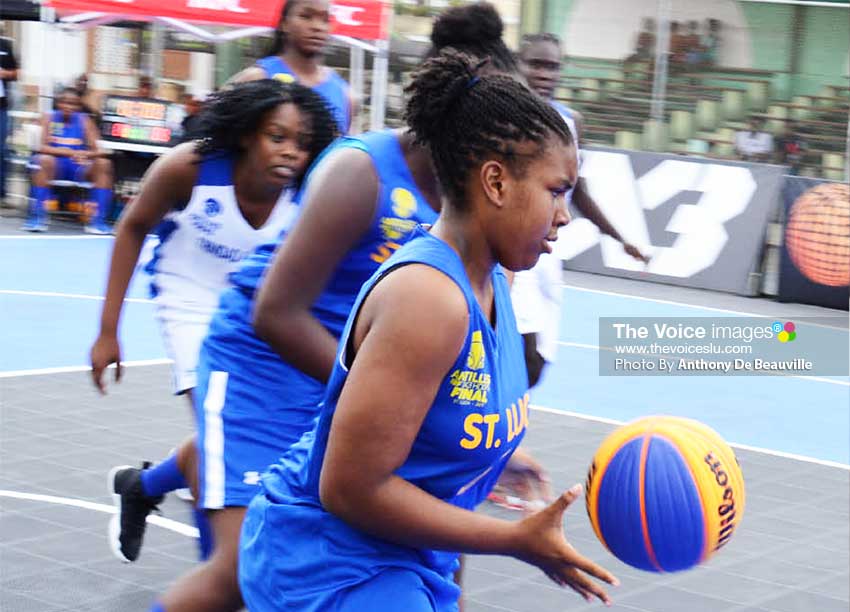 It’s another hectic weekend for some of Saint Lucia’s elite sportsmen and sportswomen as a number of national sports federations and sports leagues (community oriented) will host several events across Saint Lucia.

The many that will showcase their talent will be keeping their fingers crossed that sports enthusiasts will turn out in large numbers at the various venues to support their efforts.

Like previous weekends, and despite humid conditions, cricket and football are expected to lead the charge from the Under-11 age category to Senior’s level. The Basketball Association will also be on Centre Court at the Beausejour Indoor Practice Facility.

The final round of matches in the Saint Lucia National Cricket Association 50 Overs Inter -District competition continues as South Castries Lions will be looking to keep their winning streak in tack in Group A, while the other teams will be going all out to secure a spot in the quarterfinals which start next weekend.

Today (Saturday 18th) in Group A: Mabouya Valley (currently in third place) will play Babonneau at the La Ressource Playing Field; while group leaders South Castries will come up against Gros Islet at the Daren Sammy Cricket Ground.

Group B games have been completed with Soufriere leading the charge on 9 points; while Mon Repos (6 points), Choiseul (3 points) and Vieux Fort (0 points) lag behind.

Also on Sunday, from 9:30 a.m. the Gros Islet Cricket Association (GICA) will stage two developmental matches for Ages 14 -15 years (35 Overs) and Under-13 years (25 Overs). The four teams will be captained by Tarrique Edward, Qiana Joseph, Khan Elcock and Royce Paul.

From 5.00 p.m. the atmosphere will be lit with the much anticipated Gros Islet Veterans versus Celebrities showdown. With two time ICC World Cup T20 champion and former West Indies captain Daren Sammy on show as well as parliamentary representative for Gros Islet, Lenard Montoute, former Police Commissioner Vernon Francois, TV/Radio personalities, Kendall ‘Scady’ Eugene and Kenson Casimir in the thick of things, this match is sure to pull a crowd.

Today, from 10:00 a.m. the Beausejour Indoor Practice Facility (BIPF) will come alive when the Saint Lucia Basketball Association (SLBF) will stage a developmental programme/camp. Following the event, the best five Under-17 players will be selected based on a number of basketball requirements set out by the SLBF to ensure a high level of play on center court. The five players will represent Saint Lucia at the inaugural FIBA Youth Development Programme/Camp in San Juan, Puerto Rico from 11th-14th July.

Due to security concerns, the quarter finals of the MPR, Turbo King/Marchand Football League Invitational competition has been shifted from the Marchand Grounds to the Fond Assau Playing Field (Babonneau), and will be played in collaboration/ alongside the Babonneau Football League/Promotional Cup (BFL).

Today the semifinals of the Saint Lucia Football Association Inc., Northern Zone Under- 11 Football competition will take place at the SAB Playing Facility.

On Sunday, the semifinals of the SLFA Inc., Norther Zone Under- 13 will take place at the Corinth Playing Field. In Game 1, Lancers FC will play Big Players FC, while Northern FC will fancy their chances against VSADC in Game 2.

Today (Saturday 18th) the action continues in the DFL. Currently languishing at the bottom of the points table, White House Sports Club will play Hill Top Ballers; while on Sunday 19th, tournament leaders, Piton Travel All Stars on 9 points will come up against Seria. Both matches kick off from 6.30 p.m.