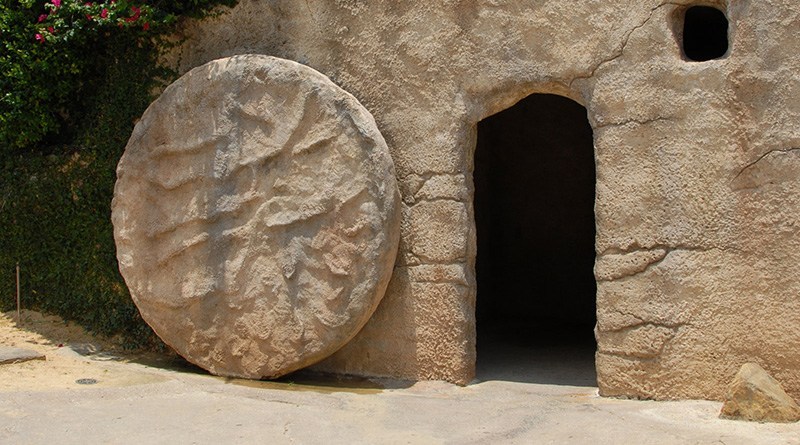 Easter is many different things to many different people. For some, it is a spiritual occasion, marking the crucifixion and resurrection of Jesus Christ. For others, it is a time for Easter egg hunts and candy. For still more, Easter simply affords a long weekend which is ideal for good times or rest, or a combination of the two.

Though the origins of Easter are in actuality rooted in the commemoration of the resurrection of Jesus Christ the Saviour, the day has become commercialized over the years with non-Christian traditions like the Easter Bunny, Easter parades and hunting for Easter eggs becoming more common. Based on one’s upbringing, traditions may vary, but for most Christians, Easter is a time spent getting close to God whether through attending church, reading the bible, or finding other ways of communion.

Out of the norm, happenings are the highlight of chapters within the bible which speaks of the resurrection of Jesus. From the Earth-shaking as angels touched down marking an event which was divinely set apart, to people witnessing these angels and other revelations, it truly was a mystical time.

Matthew 27:51-53 reads: “At that moment the veil of the temple was torn in two from top to bottom. The earth quaked, and the rocks were split. The tombs broke open, and the bodies of many saints who had fallen asleep were raised. After Jesus’ resurrection, when they had come out of the tombs, they entered the holy city and appeared to many people…”

The crucifixion of Jesus Christ caused not only His own resurrection but the resurrection of others. Some Christians interpret the verses as speaking to the need for believers to bring about the ‘resurrection’ of others.

Even before the resurrection happened, there was the period where even those closest to Jesus at the time didn’t understand what was going on, or where he had gone. Perhaps they wanted to believe he was going to be resurrected, but they were still scared that he would not. Three people, Mary Magdalene, Mary the mother of James, and Salome went to the tomb to check on him and found that the tomb had been opened, and he was gone. There was an angel there, an unusual sighting to the saints of God.

Matthew 28:15 reads, ‘And the angel answered and said unto the women, Fear not ye: for I know that ye seek Jesus, which was crucified.’

The angel further clarifies, ‘He has risen, just as He said’.

The holy being tries to calm them down, then instructs them to go quickly and tell his disciples: ‘He has risen from the dead and is going ahead of you into Galilee. There you will see Him.’

As the scripture goes, the women hurry from the tomb, scared and joyful, to share the good news. They don’t have to wait until they get to Galilee to encounter Jesus, however. He meets them on their way, instructing them to go and tell his brothers, the 11 disciples, to ‘go to Galilee; there they will see me.’

Notably, all four canonical gospels report the incident with some variations. Also interesting, Jesus could not be resurrected before he was crucified, and had to die before being resurrected – then came new fire, new power, and new glory. The very same Jesus, who had been bleeding on a cross, got up and walked again. Death could not hold him down, and that is a reason for celebration for Christians around the world. We have Jesus inside of us. When we rise, that’s when it’s going to spread like wildfire. True power through the God of the resurrection.

It is truly a historical account that is worth exploring, even though you may already be familiar with the resurrection story. All this to say, Easter is not about Easter bunnies or eggs, but about our Lord and Saviour Jesus Christ, rising and encouraging us all to do the same.