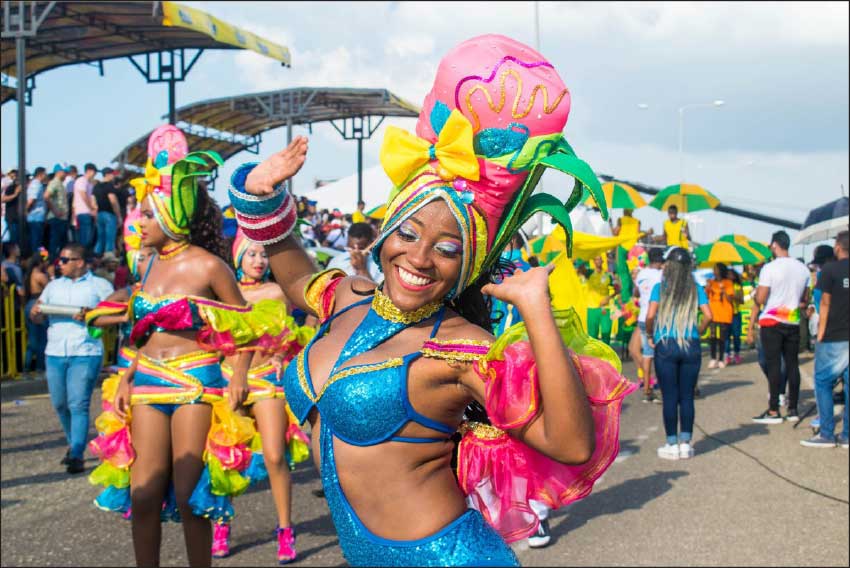 It’s officially band launch season – and with that comes the building anticipation to see costumes, and decide whether you’re sticking with your band from last year, or throwing band loyalty out the window.

Since bands are now dropping their professional photos all over social media, questions have started to arise as regards the design aspects of the costumes. Admittedly, all of them seem near perfect – although people are still speculative given the fiasco with the construction of costumes from a certain band last year. Still, this isn’t the major concern right now. Tons of St. Lucian and regional women who plan on patronizing St. Lucia Carnival 2019 are asking if there’s only one general style to the costumes: thongs and strings.

We all know that everyone is free to jump where they want. Well not, FREE FREE, but you get the idea. Carnivals of years past did not place as much focus on the concept of finely sculpted women parading down the streets in dazzling costumes and elaborate accessories. In 2019, however, this continues to be the idea put out into the media.

I understand that you want the best of the best to model your costumes which took months to design: The finest girls for the finest costumes in the finest bands. At the same time, this has allowed many women to feel excluded and underrepresented. We all know they’re still going to jump in those bands, but they never really get an idea of what they’ll be wearing from the band launches.

I have come to understand that bras and panties won’t look the same as the advertised costumes when they’re altered to fit bigger breasts and wider waists. Here’s what I don’t understand: why can’t you just show this from the start? Is extra fabric and bedazzles that much more expensive?

I don’t know how many ‘real life-sized women’ are disappointed when they finally receive their costumes and assess the fit. I have no authority in that arena. I can safely assume that it must be frustrating when you cannot get an idea of how you would look months in advance, as many other women do – unless you can miraculously drop a few dress sizes in a matter of months. It’s absurd because many of these bands already have an idea of who their clientele is as they’ve had a chance to access varied sizes and shapes of the women who jump in their bands every year.

Some of you reading this might think my opinion is invalid. Even if I did jump Carnival, I’d be able to fit into any one of the typical sizes advertised from the start (but I’d want a higher waist for my stomach). Still, I see the merit in showing that you really plan on catering to not just some, but all women because you want to, not just because you want them to jump in your band.

I’m sure there are bigger controversies surrounding the politics of Carnival, but we have till July to get into those.