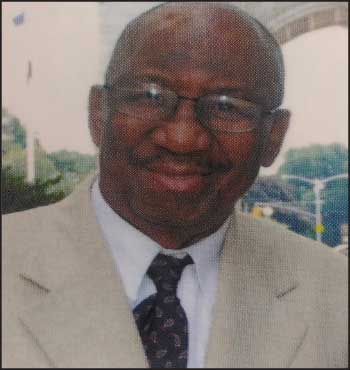 The Msgr Patrick Anthony Folk Research Centre has received the news of the passing of Clement Springer, former musician with Tru Tones and the Royal St Lucia Police Band.

He was father to Rudolph (Goggles) Springer and Christine Samuel.

He died this week in Long Island following surgery on Wednesday.

He will be particularly missed in the St Lucian Cultural Community in New York. He was a pioneer in the successful effort to maintain our rich St Lucian Culture within the Diaspora.

He was responsible for writing words and music to original songs for the St Lucia Cultural Organization in Brooklyn.

He also wrote a handful of plays, based on Saint Lucian culture, which were performed to the delight and appreciation of many St Lucians and non-St Lucians alike.

His memoir The Conway: St. Lucia was published in 2013. He writes of life in the fishing and boat-building community of The Conway in the 40’s and 50’s and of many of the persons he grew up with. The Conway and Hollywood were older residential communities now occupied by the Government buildings and apartments at the bottom of the Darling Road.

Clement Springer Williams was part of the cultural renaissance in Saint Lucia from the late sixties alongside Roderick Walcott, Charles Cadet, Joyce Auguste and others of that era. He was a song writer and musician. In 2010 he received the National award of a Saint Lucia Medal of Merit, Gold for his contribution to the arts and culture.

The FRC extends condolences to the family of Clement Springer Williams here in Saint Lucia and in the United States.