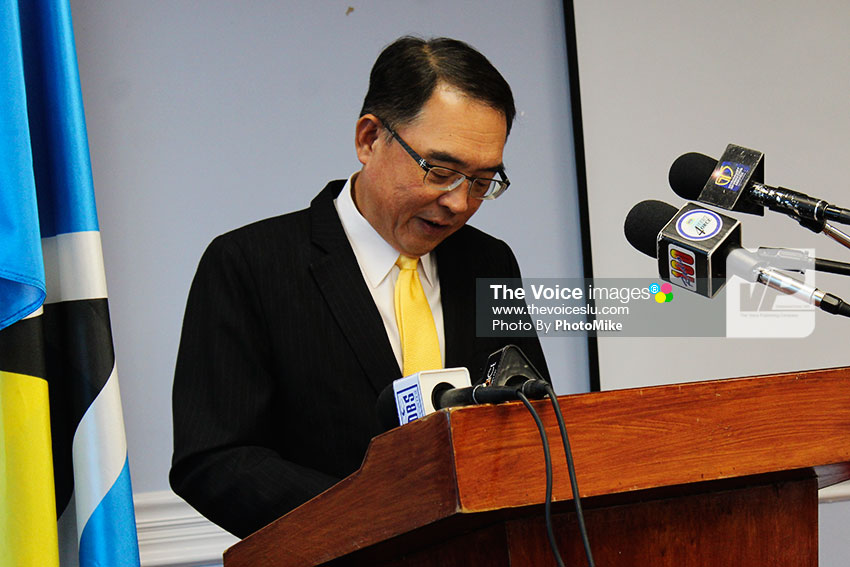 THE EDITOR: Last week, Chinese President Xi Jinping proposed to Taiwan in his speech a “one country, two systems” model seen in Hong Kong for China’s eventual unification. The President of the Republic of China (Taiwan), Tsai Ing-wen, responded immediately, stressing that the vast majority of people in Taiwan cherish their freedom and democracy and are opposed to Xi’s idea. She called on China to bravely move toward democracy – for only in this way can China truly understand the Taiwanese people’s ideas and commitments.

In the speech, Mr Xi wrongly claimed that on the basis of the “one China principle,” the two sides of the Taiwan Strait have reached the “1992 Consensus,” assuming that both sides belong to the so-called “one China” and would work together to seek “national unification.” He also refused to renounce the use of military force against Taiwan.

Mr Xi’s remarks evinced his lack of understanding and respect for the universal values of democracy and freedom, not to mention the fact that there has never been a “1992 Consensus” in the first place. The vast majority of Taiwanese also deplore the “one country, two systems.” There is, on the contrary, a “Taiwan consensus” in the sense that Taiwan’s sovereignty, democracy and human rights shall be protected against undue external influence, such as China’s use of social media, cyber attacks and fake news to manipulate Taiwan’s municipal elections in November 2018.

President Tsai does not exclude negotiations with China, as long as they follow the “four musts” principle, which is the most basic and crucial foundation that will determine whether cross-strait relations develop in a positive direction:

“First, China must face the reality of the existence of the Republic of China (Taiwan), and not deny the democratic system that the people of Taiwan have established together;

Second, China must respect the commitment of the 23 million people of Taiwan to freedom and democracy, and not foster divisions and offer inducements to interfere with the choices made by the people of Taiwan;

Third, China must handle cross-strait differences peacefully, on the basis of equality, instead of using suppression and intimidation to get the Taiwanese to submit;

Fourth, it must be governments or government-authorized agencies that engage in negotiations. Any political consultations that are not authorized and monitored by the people cannot be called ‘democratic consultations.’”

Taiwan will continue to cherish and safeguard the democratic values and way of life with its diplomatic allies and like-minded countries such as Saint Lucia and the United States. We the Taiwanese people are masters of our own fate and are committed to remain so. (Douglas C. T. Shen, Ambassador of the R.O.C. to Saint Lucia)