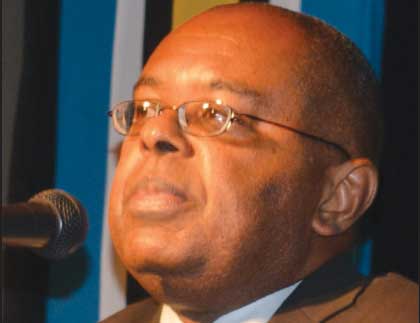 THIS address is unique for me in that it is the first time I have been asked to deliver a feature address to a body or an organization of which I am a part (two words, as opposed to one word). I am used to speaking to groups with which I am somewhat disconnected, which allows me to speak with greater freedom and objectivity. Perhaps what made the preparation of this address easier is that my association with the FRC is of very recent vintage, starting after the Mount Pleasant fire. Therefore, I hope to approach this address as somewhat of an insider, but one who has less attachment to the organization than many of you in this room today. Hopefully, this will allow me to speak with a level of empathetic objectivity that you will find to be of some value.

You will note that during the course of this address, I will refer to the organization only by its acronym and not its full title, until I get toward the end of the address. I will explain why I did this later.

In the aftermath of the fire, you the members of the FRC chose the theme ‘FRC Vivan’ to capture the philosophy that while the building that housed the collections of the organization and served as its headquarters had been destroyed, the spirit of the organization was alive. You wanted to convey to the public that although what had been destroyed was priceless and, in many instances irreplaceable, what remained was what had birthed and kept the organization alive for 45 years – its heart: you the members, together with its soul: the enduring passion to ‘research, study, record and promulgate Saint Lucia’s rich culture’. So, while the shell had been destroyed, the things that gave the FRC purpose, passion and life were intact. After the fire, FRC Vivan became a rallying cry for the organization.

But what exactly does FRC Vivan mean in our current environment? Is it sufficient for the FRC to be vivan or does it need to be something else, something more? Will being vivan ensure that the FRC and the spirit that drives its membership will endure? Is being vivan enough to ensure the continued growth and development of the organization as the environment around it changes?

Therefore, what I hope to do in this relatively short address is to take a quick look at the FRC and discuss ways in which it might become more vivan – more vibrant, more engaged, more relevant and more appealing to a wide cross section of the population.

The Biggest Strength of the Organization

Being an insider, I am aware that the FRC is in the process of developing a strategic plan to guide its operations in the years ahead. Most strategic plans, and I am absolutely certain that the one being done by Victor Poyotte is no different, usually pivot around a strengths, weaknesses, opportunities and threats or SWOT analysis of the organization.

An obvious strength of the FRC is that it is blessed by the presence of very loyal, committed and knowledgeable members, who have distinguished themselves as competent and devoted custodians of our cultural heritage. These custodians, represented by many of you in this room here today, have helped to keep our culture alive in an environment that has not always been supportive or encouraging.

Most governments appear to believe that support for heritage, both natural and cultural, begins and ends with the award of a subvention or monetary support. They do not understand that it is much more important to provide an enabling environment that encourages respect and support for arts, heritage and culture and which facilitates the growth and development of these essential elements of our society; elements that are just as important as the hard infrastructure projects that look so good on the nightly television news when we cut the ribbon to declare them open, but not so good a few years later when their occupants are complaining because of neglect and failure to maintain them adequately. In fact, I have often said that if governments understood that providing a supportive environment for the growth and development of heritage, culture and arts was more important and they actually did that, they would find that the amount they have to provide by way of subvention to the NGOs and CBOs that take up the mantle of responsibility as caretakers of our natural and cultural heritage would get smaller every year.

You the members of the FRC, the soldiers at ground zero of this battle to preserve our cultural heritage, have fought hard to establish a place for many aspects of our heritage as essential elements of our modern-day society. The success of JounenKweyol and latterly, Creole Heritage Month, provides a sterling example of that effort. Our country owes you a huge debt of gratitude, even though many of us may not realize at present how large that debt is. However, your membership is not growing, while the challenges confronting you are increasing both in number and complexity. This represents an existential threat to the organization. The challenge for the FRC is to ensure that its actions are not contributing, unintentionally, to the stagnation or diminished attractiveness and appeal of the organization. Remember, your goal is not just to ensure that FRC vivan, but that FRC anbonn santé ekka pofité ek dévlopé.