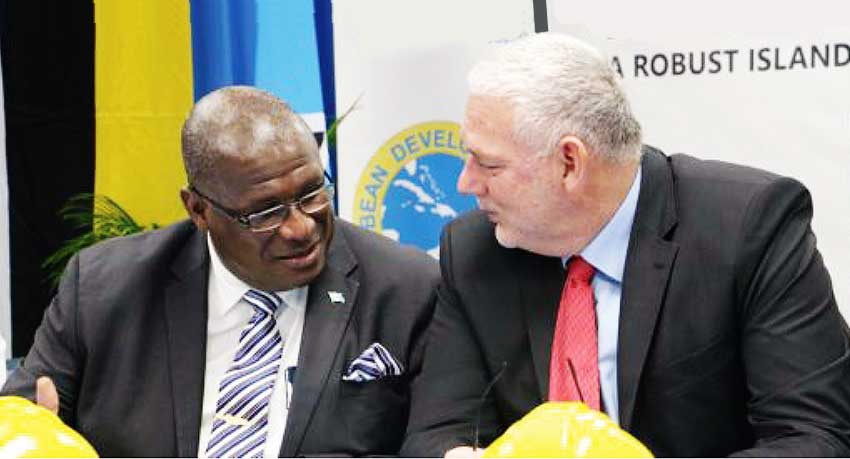 Former Prime Minister Stephenson King and Prime Minister Allen Chastanet were the two main figures being watched and spoken about ahead of today’s debate and vote on an Opposition No Confidence Motion in the current PM’s leadership. Castries South MP, Ernest Hilaire says his political leader, Saint Lucia Labour Party Leader and Castries East MP Philip J. Pierre, should be the best person to lead this country right now. But as to who among the current ruling United Workers Party (UWP) MPs would best do the job, he points to Castries North MP Stephenson King — or Dennery South MP Edmund Estephane.

Hilaire made the comments in an interview with Radio Caribbean International (RCI) on Friday.

The Castries South MP spoke ahead of the opposition no confidence motion in the Prime Minister, which is expected to be tabled and debated in the House of Assembly today.

Hilaire said if Allen Chastanet continues to be PM after the debate today, the members on the government side will (in effect) be saying to people of Saint Lucia that despite all the opposition has said, they believe Chastanet is the best among them — and the best for Saint Lucia.

“They will now have made a loud and clear statement that: ‘We agree with what Allen Chastanet is doing,’ ” Hilaire said.

The current configuration of the house of assembly is 11-6 in favour of the government and the opposition motion must secure at least three government MPs’ support to be approved.