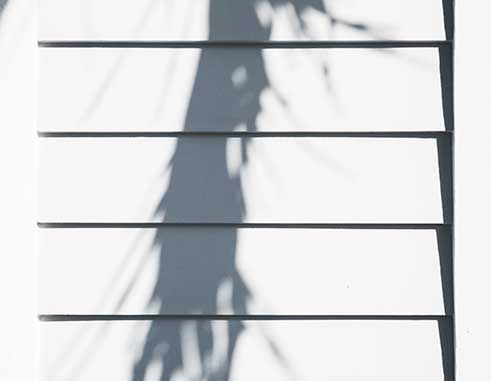 THE EDITOR: Home ownership is a dream that materialises for many. This dream shatters in a single encounter with an unscrupulous contractor.

Despite all process of due diligence some contractors have mastered the craft of deceit. They represent a high risk in any home improvement project. Many have joined the unhappy list of victims to the fraudulent practices of contractors that have become common place in Saint Lucia.

My story is no different to the many victims before me. In preparation for the hurricane season I hired a contractor in June 2018 to build 22 bladed shutters for my property. Our agreement was simple – 50% deposit and the balance when the job is satisfactorily completed.

A week after receiving the deposit the contractor deviated from the agreement to ask for additional funds to purchase material. Thereafter he made several promises to deliver which he never honoured. Despite the display of dishonourable intentions he requested a portion of the remaining funds to replace his broken equipment. As my luck would dictate he was unable to raise the funds to complete the shutters. What became of the deposit would remain an unsolved mystery or would it serve as the foundation for “taking property by deception”.

The hurricane season graced the island and I was left “sans” shutters. He had the audacity to place the shutters on his Facebook page to lure unsuspecting homeowners to his unreliable service. In his post using the pretext of hurricane preparedness he writes “protect ur doors and windows by strong winds (be hurricane ready today …)”. Photos of the shutters under construction are featured prominently to support his assertions. There is a simple expression in our vernacular for this conduct – “san hautet” or perhaps vòlè would be more appropriate.

When I started to agitate for what I paid for his response “this is what I get for being nice.” Evidently I paid for favours and not a service. He proceeded to block me on his phone because “he would no longer take my disrespect.” I have never experienced greater nonsense. This man must be operating under the cloak of sorcery to be this bold.

It became apparent that the contractor had no intention to act with integrity so the assistance of the police was sought. I have interacted with Officers from three police stations – this contractor is active all around the country it seems. A formal report was filed with the Criminal Investigation Department and the Consumer Affairs Department at the Ministry of Commerce, to no avail.

Section 211 of the Criminal Code makes provision for “taking property by deception”. However, in this specific case enforcement seems like an uphill battle. Every police officer seem to be aware of this matter yet an arrest cannot be made. It is my understanding that some officers feel this is more a civil than a criminal matter. In my simple mind there must be a criminal element to receiving money and not using it for the intended purpose. The acceptance of money and not fulfilling legal obligations goes beyond the civil liability of breach contract but constitutes theft by deception.

In the absence of the Consumer Protection Act the Consumer Affairs Department can only use moral suasion to seek redress. It has been proven that this is not adequate to remedy the unscrupulous practices of some contractors. An attempt to file a civil claim at the Magistrate Court was unsuccessful as this requires the services of a lawyer. Clearly navigating the hills of justice is no easy feat. If you cannot afford an attorney and cannot qualify for legal aid …..well as the saying goes “oupwiensa”.

The construction industry serves as an impetus for economic growth. In 2017, the contribution of the construction sector to GDP was 7.6% and the growth 11.3%. The existing deficiencies in the redress system have implications for the country’s Ease of Doing ranking. Additionally, the malady of contractor misconduct discourages foreign and local investment in the construction sector. This has consequences for employment and overall national development. If this weak redress system is allowed to continue unabated it will only exacerbate the debilitating effects on an already sluggish economy.

It is apparent that the web of the justice system was woven to protect unscrupulous contractors and frustrate their victims. Our legal system seems to make it easy for a contractor to walk away with the hard earned money of citizens with impunity. To add insult to injury, there is no licensing or credit checking system for contractors. They operate without restraint – ‘yolajé ah gwankòd”. The road to justice clearly is not for the faint of heart.

In the meantime, contractors must understand based on how they conduct business one client can make or break them. But until the system can deliver swift justice to victims of unscrupulous contractors – Caveat emptor (let the buyer beware). We are at the mercy of contractors. Hence there is an urgent need to advocate for changes in the existing system to allow the construction sector to continue to contribute to positive economic growth. (Perle M. Alcindor)