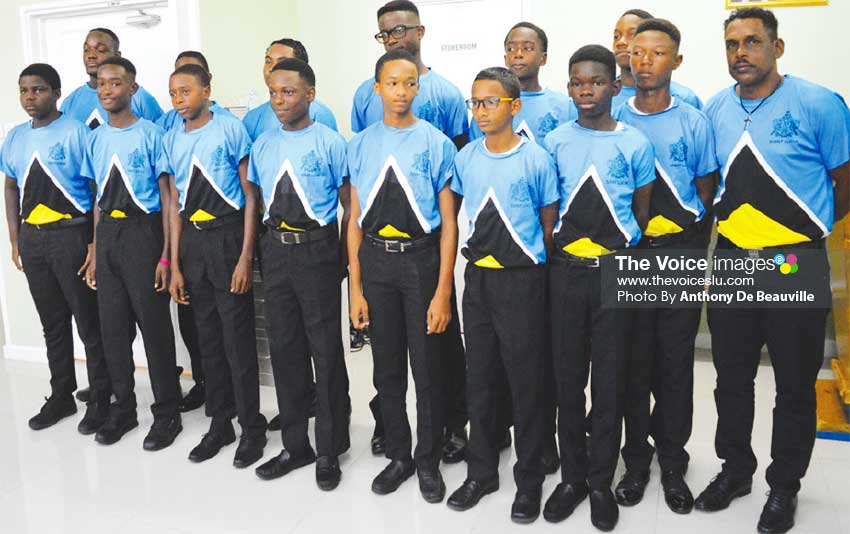 MATCHES continue today at the Gros Islet playing field and the Mindoo Phillip Park in the 2018 Windward Islands Under-15 cricket tournament sponsored by Winlot.

At the MPP, Grenada plays Saint Vincent and the Grenadines and host Saint Lucia will be up Saint Dominica at the Gros Islet playing field.

Weather permitting; both matches will simultaneously bowl off from 9.30 a.m.

Meanwhile, four times Windward Islands Under-15 cricket champions Saint Lucia was bundle out for 69 runs on the opening day which bowled off here on Monday 10th December.

At the Gros Islet playing field, the defending champions Grenada call right when they won the toss and ask Saint Lucia to take first knock. The home team was quickly in trouble and throughout the morning session lost wickets at regular intervals.

The chief destroyer of the Saint Lucia innings was spinner Kevyn Gangadeen who picked up a career best 5 wickets for 8 runs to bowled Saint Lucia out for 74 runs in 30.4 overs.

It must be noted, five penalty points was awarded to Saint Lucia as the Grenada batmen were deliberately running on the wicket.

The main contribution with the bat for Saint Lucia were Steven Abraham and Tarrique Edward each scored 12.

Just before press time yesterday, Grenada pull of the first victory of the tournament, scoring 75 runs for the loss of 3 wickets in 26.4 overs.

At the Mindoo Phillip Park, play was delayed in the match between Saint Vincent and the Grenadines and Dominica due to a wet outfield.

WinlottInc which is owned by the four lotteries in the Windward Islands will provide sponsorship in excess of $150,000 for tournament’s expenses, covering uniforms, travel, accommodation, meals, trophies and prizes. \

At the end of the tournament, a Windward Islands Under -15 team will be selected for the April 2019 Cricket West Indies Under – 15 tournament.